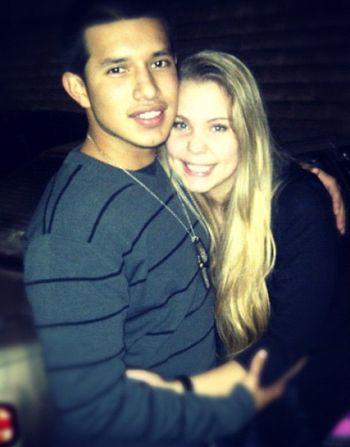 A good source tells The Ashley that this is actually true and that Kail and Javi are indeed engaged to be married!

According to the OK! story, Javi proposed right before the couple’s one-year anniversary during a trip to Kail’s hometown in Pennsylvania. They went out to Lake Wallenpaupack (love that name), and Javi asked Kail to be his wife. Kail’s son Isaac was apparently also present for the big moment.

While we haven’t met Javi yet, he’ll be on the next two seasons of ‘Teen Mom 2,’ and by all reports is a great guy that treats Kail like a princess. After watching Kail get yelled at by Jo for two seasons, it’s such a relief to hear that she’s found someone that treats her (and her son!) right.

Congrats to the happy couple!