Lauren Aliana made half the mothers in America tear up a little when she sang the song, “Like My Mother Does” to her mama on day one of the American Idol Finale. (The other half of American mothers were probably wondering why the hell Lauren’s mom got such a sweet, loving teenager and they got a 15-year-old with raging hormones and a Twilight obsession.)

Anyway, The Ashley found it quite amusing that no one on the Finale mentioned the fact that Lauren’s new single (which The Ashley heard on the radio today) is in fact actually a cover of another “Idol” contestant: Kristy Lee Cook!

‘Member good ol’ Kristy Lee? No? Well, you’re not the only one. Perhaps this little slice of heaven will refresh your memory. Sure, she’s had a few mildly popular singles since her time on ‘Idol’ but to The Ashley she will always be the girl who performed the worst Beatles cover song known to man on Season 7. 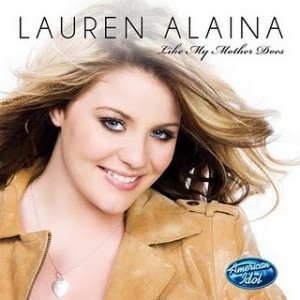 The Ashley actually really likes this song. She’s had it on her iPod for a few years now. Kristy Lee seriously needs to send Lauren and Jimmy Iovine a fruit basket or something for choosing her song as Lauren’s single.  Until two days ago, most of America had no recollection of who Kristy Lee was and now people are downloading her single like crazy!