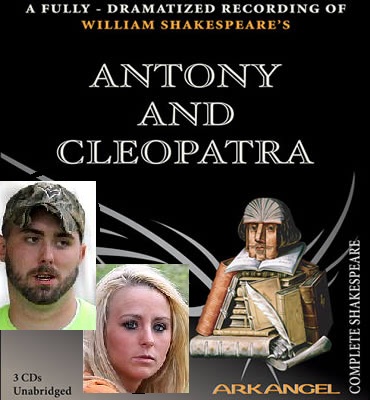 The tragedy of the Leah and Corey Teen Mom 2 marriage and breakup  has all the makings for a Shakespearean play: young love, scorned lovers and mega drama, sort of like a modern day “Antony and Cleopatra” (if you added in MTV cameras and paparazzi, of course!)

Leah’s best friend Amy LaDawn attempted to set the record straight for Leah’s fans today. Amy has acted as the link between Leah and the show’s fans since day one, often filling in for Leah and acting as her spokesperson when Leah was busy or unavailable.

Today she attempted to clear up several rumors, including the one that Corey and Leah are dating other people. This week several tabloids reported that Leah was dating Corey’s best friend as a way of getting back at him for his “affair” with Amber Scaggs. Not true, said Amy.

“Corey and Leah are technically “Still married” but yet “Legally Separated.”  Neither [of them] is dating anyone despite the Mag articles. Yes, Corey has seen a few people but they are not together anymore. They are not worried about dating at this time. They are only concerned for their little girls’ well- being and getting on their feet separately.”

Leah herself addressed the rumor today on her official fan page, telling everyone that it’s actually her friend Kayla that’s dating Corey’s best friend, not her.

I guess Corey gave Amber Scaggs the boot recently. It also sounds like MTV was keeping a tight lid on the couple and their friends so none of the good gossip would get out before the second season of Teen Mom 2 aired. Um…that didn’t work out very well!

“Now as for WHY or HOW it got to this point, you will have to wait for that. [I] Just wanted to put everything to rest. There has been plenty of info out there about this for a month or so most of you should’ve known already. Now you can finally hear it from us. For the record we “weren’t supposed” to say WHY they did or how it got to the point it did. However it’s all over the place so why continue to hide it.”

Will our tragic lovers ever be reunited? Um, probably not, but I’m sure MTV is salivating at the potential ratings they’ll receive when they show the couple’s demise on Teen Mom 2!