If you thought this week’s episode of Teen Mom 2 was good, just wait until next week! Judging from this clip, we haven’t seen anything yet!

If you’re too lazy to watch it (or you’re at work and don’t want your coworkers to know about your creepy ‘Teen Mom’ addiction), The Ashley is happy to provide a run-down of what’s about to go down!

Basically, Corey comes home (sans camouflage for once…maybe his hat is at the dry cleaners?) and confronts Leah about a rumor going around town that she slept with her old boyfriend, Robbie Kidd,(pictured below), a few weeks before their wedding.

Superfans of the show may remember the drama going around about this time last year regarding this same rumor. Robbie went to several tabloids and claimed that he and Leah slept together right before she got married in October 2010. Leah vehemently denied that she had anything to do with Robbie while she was with Corey and stated via her Twitter and Facebook fanpage that Robbie was a liar and just trying to break up her family.

Well, kids…. it seems like Leah was the one that wasn’t telling the truth. 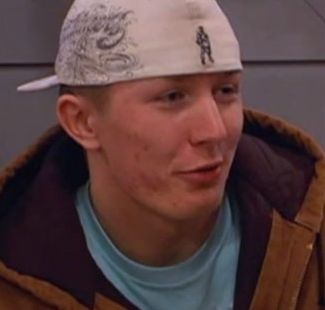 In the clip above, Leah admits that the rumor is true and that, yes, she did sleep with Robbie a few weeks before the wedding (not the night before like some of the magazines reported though, not that it matters).

Kudos to Leah for coming clean and admitting the truth, but Corey is devastated and asks her if her engagement ring was on her finger while she was with Robbie and she tearfully admits that it was. (Bring your Kleenex next week guys, just watching this clip got me all choked up.)

Although this is not the only reason that the couple ended up getting a divorce, we are a little bit closer to solving the mystery of what the hell happened between these two to make them quit the marriage so quickly.

I can’t wait until next week!

UPDATE: On Wednesday, Leah tweeted this message to her followers regarding the cheating scandal:

“Okay, I cheated a week before my wedding people. I’m tired of hearing about it. At least I’m not a coward, and can admit my faults! It was one of my regrets in my life, stop accusing and pointing fingers. Things happen to different people different ways. #GodsMyJUDGE

I can not change whats happened! I can only be proud of where I stand now, and learn from it. I’m in no way proud of my mistakes, but last I checked we aren’t proud of our mistakes. There’s isn’t a souls out there thy could ever say I was a bad mom!”