American Idol, The Ashley's Random Stuff
April 2, 2012 by The Ashley
0 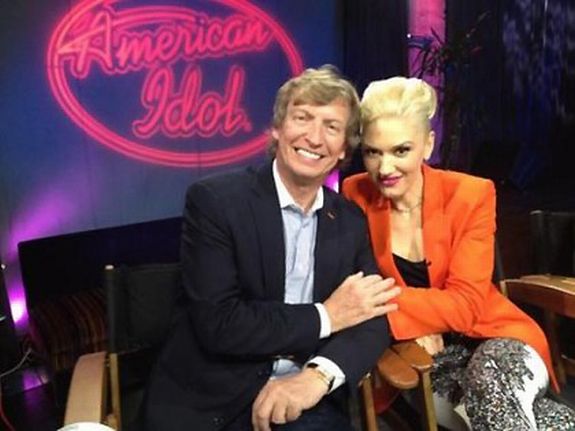 The Ashley is ready to burst with excitement! She just found out that Gwen Stefani and Tony Kanal of No Doubt will be mentoring the ‘American Idol’ contestants this week! This makes The Ashley so excited because she is possibly the band’s biggest fan…ever.

How big of a fan, you ask? You’re all about to learn just how creepy The Ashley truly is when it comes to her obsession for the band.

Since we are all from the same hometown, (Anaheim, California, holla!) The Ashley has been obsessed with No Doubt since before they were even famous! She has been to a total 0f 29 No Doubt/Gwen Stefani concert. (The amount of No Doubt tour merchandise/crap that my closet is currently holding is staggering.)

And…she got married on Gwen Stefani’s birthday…on purpose. (And carried this sign to a concert to let Gwen know it.) And this is just the tip of the iceberg of The Ashley’s No Doubt obsession…

I think I just heard Gwen pick up her phone and arrange for a restraining order against me.

Anyway, now that I’ve completely creeped you out, let’s get down to the ‘Idol’ news. Gwen and Tony will be mentoring the contestants on Wednesday night, which will be 1980s-themed! (The band is a perfect fit for that theme, since it started back in the 1980s, and has done many New Wave-inspired tunes, including a remake of “It’s My Life” back in 2003.)

Tony and Gwen spent five hours with the contestants at Interscope Records’ Santa Monica Studios last week! (No Doubt is signed to Interscope, which is headed by ‘Idol’ commentator Jimmy Iovine. Fun fact: Gwen and Jimmy are tight; in 2002 she had her Los Angeles “second” wedding at Jimmy’s house!)

Gwen mentored ‘Idol’ contestants back in 2007. It produced this horrific Sanjaya moment (I’m referring to the singing…let’s not even get started on the pony-hawk!)