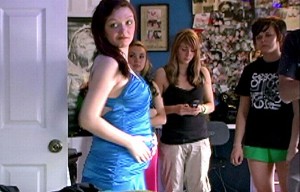 Grab your satin formal dress from JC Penny, order a limo you can’t afford and get your hair ‘did, ’cause it’s prom season, kids!

High schoolers all over the country are invading restaurants, event halls and school gymnasiums this month to celebrate the ultimate milestone in a teenager’s life—prom!

Since The Ashley is old and the only teenagers she knows of are the girls on 16 & Pregnant (and the annoying chick that lives next door that always makes out with her boyfriend in the middle of her driveway), she has decided to gather all of the best (and worst) prom-related moments from the show and put them in one place!

Getting pregnant in high school doesn’t always mean that you have to miss out on your school’s biggest night of the year. Most of the girls from the show were able to attend their proms, and many of them did so with an MTV camera crew in tow!

If you missed your prom because you were pregnant…or just couldn’t get a date, you can live vicariously through the ’16 & Pregnant’ girls! 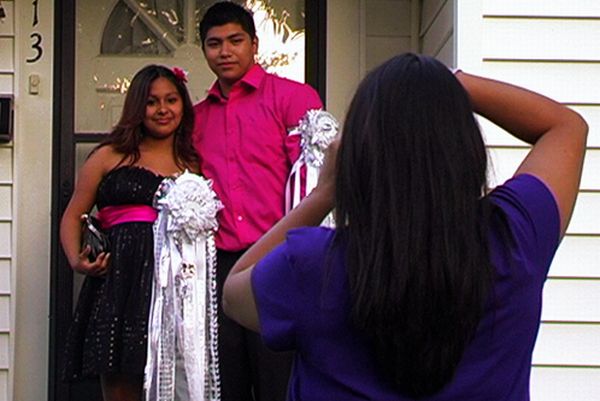 5) Samantha Gets the World’s Largest Corsage

Samantha Hernandez of Season 2 had a giant baby belly when she went to her big dance (technically it was a homecoming dance, but…same difference), so it was only appropriate that she had a ginormous corsage to match. Normally, prom corsages come in those little plastic coffin-like containers with Easter grass at the bottom. Samantha’s must have had to been delivered via UPS truck. Her boyfriend, Eric, wasn’t left out of the giant corsage-a-polooza; he had an equally large one pinned to his arm, in lieu of a boutonniere. 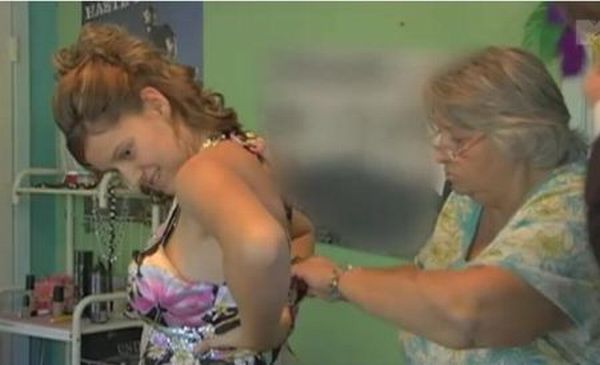 During Season 4 of ’16 & Pregnant,’ we watched as Myranda Trevino prepared to go to her high school prom. Unfortunately, thanks to the baby in her tum-tum, her dress didn’t quite fit the way it was supposed to. Even after enlisting the help of Granny, Myranda’s dress still won’t zip. “It’s not my fault!” Myranda says, to which Granny bursts out laughing, exclaiming, “Excuse me!?” Oh, Granny.

Luckily, the dress eventually zips and Myranda and her boyfriend, Eric, head off to have, as Granny quips, “a night they’ll always remember.” Did I mention I’m kind of in love with Myranda’s Granny? I love the things that she says!

Even though she was eight months pregnant, Ebony Rendon still wanted to attend her prom during Season 1 of ’16 & Pregnant.’ However, that’s easier said than done, as she had trouble finding a dress that would fit over her baby belly.

After trying on several dresses that she calls “tents,” Ebony breaks down in tears as she realizes just how much has changed in her life because she got pregnant. “First the Air Force, now the prom…this pregnancy is getting in the way of everything,” she says.

Prom night arrives and, although she looks ‘purty’ (as her boyfriend Josh says), she’s not in the best mood. After finding out that her friend gave her bad directions, Ebony proceeds to scream and cuss out her friend on the phone.

Even though this happened during Season 2 of ‘Teen Mom,’ and not ’16 & Pregnant,’ it was worthy of making this list. Catelynn Lowell goes shopping for a prom dress with her mother, April. Prom-dress shopping should be a happy time for a mother and daughter, but things turn sour quickly when Catelynn tries on a red dress that April didn’t care for. “It’s adorable…if you like ugly,” April tells her daughter.

Of course, April is the ultimate consultant when it comes to fashion. With her fondness for wearing oversized sweatshirts with Eeyore on them, and hair scrunchies that should have been retired in 1994, April is always on top of the latest fashion trends. The shopping trip ends with April calling her daughter names and storming out of the K-Mart (or whatever creepy store they were in).

You can watch the heartbreaking scene here. 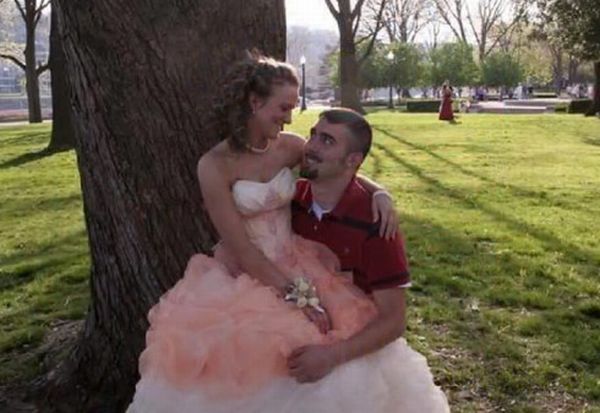 1) Leah Gets an Extra-Special Gift on Prom Night: Pregnancy!

True, we didn’t get to see this “very special” moment on ’16 & Pregnant,’ but during her episode, Leah Messer does mention that she thinks she conceived her twins in the back of Corey’s truck on prom night. (As you do!) Corey and Leah had only been dating for a month when they did the nasty and got pregnant–with twins! Leah’s ‘Teen Mom 2’ co-star, Kail Lowry, has said that she also got pregnant on prom night!

Let this be a lesson, kiddies…stick to doing the Macarena and YMCA on prom night (kids these days still do those dances…right?) Don’t do the “horizontal mambo” or you might get pregnant!

Leah talks about her prom impregnation in this After Show clip.