Say what you want, but you know you love watching Bachelor Pad. If you’re anything like The Ashley, you love the drama, the ridiculously cheesy stunts and battles between fame whores for more TV time.

As soon as Emily Maynard does a few rounds in the Fantasy Suites and finally picks a husband, we can move on to ‘Bachelor Pad!’ ABC is wasting no time in getting their smutty summer show on the air; The Bachelorette will end on Sunday, July 22 (in a three-hour extravaganza, Good Lord). The very next day, Monday July 23, ‘Bachelor Pad 3’ premieres!

The official cast list has already been announced, but chances are you don’t remember who half these creeps are, so allow The Ashley to assist you in jogging your memory! Below are the people who will be sleazing around the ‘Pad, looking for money and/or someone to hook up with. 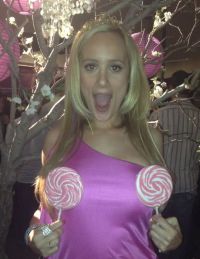 You Might Remember Her Because: She was on the ‘Bachelor Pad’ last year. And the show ‘You’re Cut Off.’ And ‘The Bachelor.’ I think Erica’s as addicted to starring on crappy reality shows as she is plastic surgery. Erica recently called her former BFF (and fellow ‘Bachelor’ franchise fame whore) Vienna Girardi an “abusive man-eater.” (Read all about that here.)

You Might Remember Her Because: She thought Ben was going to give her an engagement ring at the end of last season but instead her gave her the boot in favor of the season’s villain, Courtney. The Ashley is shocked that Lyndzi, who seems like a respectable girl, would agree to be on this scuzzy STD-fest, but, then again, she did tell every talk show host that would listen that she’d love to be the next ‘Bachelorette,’ so she might be a wannabe celeb after all. 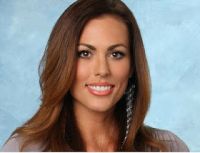 You Might Remember Her Because: She pretty much cried during every episode of Ben’s season of ‘The Bachelor,’ mostly because she felt the other girls didn’t like her…because she was just too beautiful. (Groan!) She was obsessed with spending time with Ben, even making him a creepy scrapbook, which actually got her sent home. 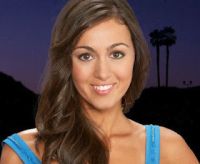 You Might Remember Her Because: You won’t. Even The Ashley had to Google to find out who this broad was. Apparently she was on the Womack 2.0 season of ‘The Bachelor,’ but even after seeing her photo I still don’t remember. They must have been really scraping the bottom of the barrel trying to find one or two more people for the show. 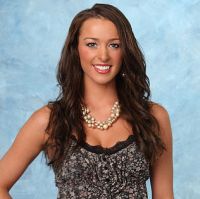 You Might Remember Her Because: She provided one of the most awkward moments in ‘Bachelor’ history! Jamie’s only claims to fame was giving Ben a creepy lap dance, followed by awkwardly instructing Ben on how their impending makeout session was going to go. (Skip to the 4:45 mark to watch the awkwardness ensue. Seriously, I must warn you– it will make you cringe!) 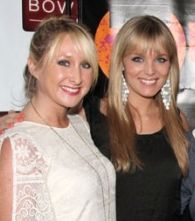 You Might Remember Them Because: They were basically background filler on Ben’s season, offering the occasional quip or going on a group date with the Bachelor. You might remember Rachel as “the one with the bangs.” They barely got any camera time during ‘The Bachelor’ so I expect them to really slut it up on the ‘Bachelor Pad’ in order to get more attention. 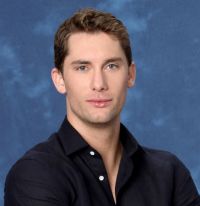 You Might Remember Him Because: He just got the boot from the current ‘Bachelorette,’ Emily Maynard, for calling her kid “baggage” and other assorted fun names. No word yet if this douche shows up to the mansion in a helicopter again, but Kalon can surely be counted on for slimy remarks and probably a lot of drama. He was made for this show! 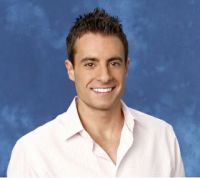 You Might Remember Him Because: He was the guy that missed his son so much, he pretty much cried about it all the time to Emily, who eventually sent him packing so that he could be with his son. Well….apparently, he realized that finding love fame on TV is way more important than parenting because, once again, he’s ditched the kid and high-tailed it over to the Mansion. Tony, you let me down for agreeing to this.

You Might Remember Him Because: He was the guy that crashed Jillian’s engagement. As she waited for her Prince Charming (Ed) to arrive to propose to her, Reid showed up in a taxi and decided to propose to Jillian first, despite having been cut earlier. (Watch that little scene here!) Apparently Reid has just gotten out of a longtime relationship and is looking for love/fame/future TV opportunities at ‘Bachelor Pad.’ 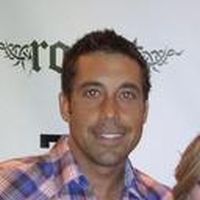 You Might Remember Him Because: He was the one chosen by Jillian at the end of her season. After he proposed the couple moved in together and actually lasted awhile (longer than most ‘Bachelor franchise couples!) There were rumors that his drinking was one of the main reasons for the split. A guy that likes to drink and party should be right at home at ‘Bachelor Pad!’ 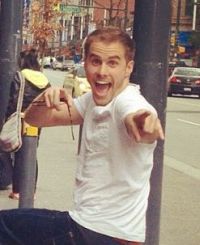 You Might Remember Him Because: He appeared on last summer’s ‘Bachelor Pad 2,’ and ended up winning the whole thing with his ex-fiance Holly Durst. Poor Michael was desperately trying to win Holly back throughout the entire show, only to be blindsided at the finale when Holly announced that she and co-star Blake Julian were engaged. (They recently got married! Click here to see their wedding video!) Michael was left heartbroken, and is apparently looking for the girl of his dreams on the ‘Pad.

Also ‘padding it up this season will be: