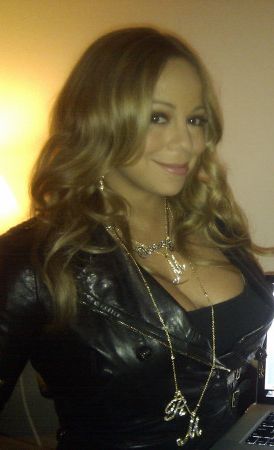 After weeks of chaos and rumors about who will sit at the American Idol judge’s table next season, FOX officials just announced that one spot has been officially filled.

Mariah Carey has officially signed on to be an ‘Idol’ judge next season!

“It’s gonna be so much fun working on American Idol,” she tweeted moments ago. “As a singer-songwriter, I’m excited to help find and nurture new talent.”

This news comes on the heels of reports that Jennifer Lopez is leaving the show, following in the footsteps of Steven Tyler, who on July 12 announced that he would not return to show for another season. (Aw, bummer. Who are they going to get to tell every single contestant that their performance was “beautiful.”)

The status of Randy Jackson is still unclear, although there have been reports that ‘Idol’ producers want the show’s 13th season to be completely different from recent seasons. The overhaul may include three new judges, meaning ol’ Randy may get the heave-ho.

“Our ratings were down,” FOX Spokesperson Kevin Reilly told SingersandCritics.com regarding Mariah’s hiring. “Not being the only game in town now, we have to keep things fresh.”

Mariah Carey certainly has the chops to be a judge on the show, having been a major player in pop music for over two decades. However, The Ashley finds her somewhat annoying, mostly because she’s always wearing clothes that are way too tight for her.

The Ashley can hardly wait to see who they come up with to fill the other open slot at the judge’s table. (You already know who I’m hoping it will be!)