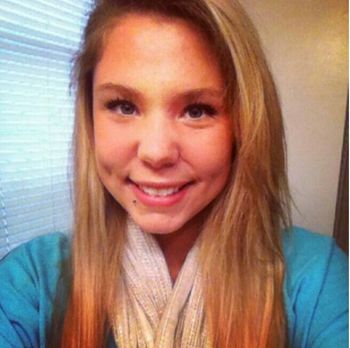 While she may be in the public eye right now, Teen Mom 2 star Kail Lowry is clearly looking forward to the day she’s just a normal mom.

Kail, who has been in the spotlight since MTV first arrived to film her in 2009 for an episode of 16 and Pregnant, recently chatted with OK! magazine about the difficulties that come with being a public figure, including getting bashed by strangers online.

“To be honest, some things really don’t bother me,” she told the magazine. “Other times, the way certain people will word things will really set me off…it makes me nuts sometimes.”

While reality TV fame can be exciting, it seems Kail can’t wait for the day that she’s not recognized everywhere she goes and isn’t a target for online hate.

“At the end of the day I think back and you know, in two years, in three years, I’m going to be so normal and everyone is going to forget who I am, and none of the other people who bash me or talk crap about me are going to matter,” she said.

Unlike some of the other stars of the ‘Teen Mom’ franchise, (cough, Farrah, cough) Kail doesn’t seem to be desperately looking for ways to extend her 15 minutes of fame. (I guess that means we shouldn’t be expecting an horrific auto-tuned music from Kail any time soon. If that’s you’re thing, though, Farrah’s got you covered!)

Kail’s husband, Javi Marroquin, recently graduated from the Air Force basic military training. Kail will be moving to whatever base Javi gets stationed at.