We’ve made it to the home stretch of what may have been the worst season of The Bachelorette ever. From embarrassingly bad dates, to a gay romance faked for ratings, to Kaitlyn Bristowe basically treating all of her contestants (except for two guys) like dirt, this season was bad. The Ashley is thoroughly happy that it will all be behind us by tomorrow night.

The final episode of Kaitlyn’s season, as well as the “After the Final Rose” special airs Monday night, but since this entire season has basically been a giant blob of “WTF”-ness, The Ashley has compiled a list of the top 12 moments from this season of ‘The Bachelorette’ that left us all shaking our heads, and wondering why we are still watching this crap.

These are in no particular order. If you feel that The Ashley left off your favorite “WTF” moment from this season, be sure to tell her in the comment section below!

1. When Kaitlyn laid in a coffin and let the guy who is mourning his mother’s death attend her mock funeral.  (Episode 6)

This “date” was probably the most disgusting and shameless date ever shown on ‘The Bachelorette.’ (And that’s saying something!) The Ashley was totally grossed out that Kait had no problem lying in a coffin and pretending to be dead, but when she made poor Ben Z., who had talked to her at length about the painful death of his mother, participate in this date, things went from gross to downright disgusting.

2. When the producers basically edited JJ and Clint to look like gay lovers. (Episode 3)

The show’s producers seemed to be salivating at the idea of creating a “Brokeback Bachelor” subplot this season when they noticed that two of the male contestants, JJ and Clint, had become great friends. They decided to edit things to make it look like JJ and Clint were in love, despite the fact that both man say they are straight. During the Men Tell All (and throughout the season on Twitter) both men have stated that they were humiliated by how the episodes were edited.

3. When Clint and JJ stopped being hot tub buddies and it ended with JJ slapping himself. (Episode 4)

It may have looked strange when JJ started going into a fit after he and his buddy Clint had a fight, but, I mean… who hasn’t slapped themselves in the face repeatedly while crying? Oh wait…

4. When Kaitlyn got all sassy because the guys weren’t taking this charade seriously and yelled, “I’m not kidding around here! I’m looking for a husband!” (Episode 5)

Thanks for that, Kait. It surely brought some LOLs.

5. When Joshua let Kaitlyn completely mutilate his hair for no apparent reason. (Episode 5)

There was absolutely no reason that Kaitlyn had to cut Joshua’s hair during this episode. It had nothing to do with the plot, and seemed totally out of left field. Kaitlyn had no idea what she was doing and ended up making Joshua look like a fool (and then sent him home– ouch!) 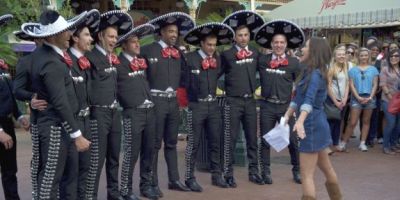 6. When Kaitlyn made all the guys participate in ridiculous and humiliating stunts (Episodes 2-7)

Fans of these shows expect a few stupid dates in the early episodes of every season, but this season of ‘The Bachelorette’ was just ridiculous. From making the guys box each other, to insisting they teach sex ed to kids (um?) to turning them into Mariachi singers, this season seemed all about making fools of the guys. Of course, the sumo wrestling date was the most cringe-worthy. Forcing guys to expose their junk, parade into a shopping center and wrestle is just creepy and wrong.

7. When they had to change the rules of the show and move the Fantasy Suite dates up because Kait couldn’t keep it in her pants. (Episode 7)

Never before on ‘The Bachelor’ or ‘The Bachelorete’ have the Fantasy Suite dates come before the Hometown dates. However, Kait wasn’t waiting for the Fantasy Suite dates to get her lovin’, so the producers had to move them up an episode. Plus, we all know that she was only interested in two guys this season– Nick and Shawn–so why get the families of other guys involved?

8. When they never addressed why Tony randomly had a black eye. (Episode 1-3)

Seriously…how was this never a topic of conversation?!

9. When Ryan decided to make jokes about raping people the first night. (Episode 1)

Jokes about rape are never a good idea, especially if you’re a guy who is trying to make a good first impression on a girl you want to date. Ryan, who got rip-roaring drunk on Night 1, learned this the hard way and was kicked out of the Mansion.

10. When they tried to pretend that Nick just “happened” to show up in New York City and it wasn’t totally planned out. (Episode 4)

We may be stupid for watching this show, but not even we ‘Bachelorette’ fans are dumb enough to believe the web of lies that Kaitlyn, Nick and the producers were spinning about Nick randomly meeting up with Kait and then joining the show.

11. When Ian broke our hearts and apologized to Kaitlyn for calling her out (Men Tell All)

Ian said everything that many of the show’s fans this season were thinking: That Kaitlyn was coming off as shallow, was only on the show to kiss dudes and had no real interest in finding a husband. While his delivery was a bit harsh, Ian made a lot of sense. It was unfortunate, however, that he had to go and ruin it all by apologizing to Kaitlyn– on bended knee– at the “Men Tell All” taping. You’re killing us, Ian!

12. When Nick told Kaitlyn, “I want to know every part of you,” in the throes of hotel room fornication passion. (Episode 6)

Did anyone else start giggling uncontrollably (while also throwing up in your mouth a little bit) when Nick told Kaitlyn this?

To read The Ashley’s recaps of this season of ‘The Bachelorette,’ click here!