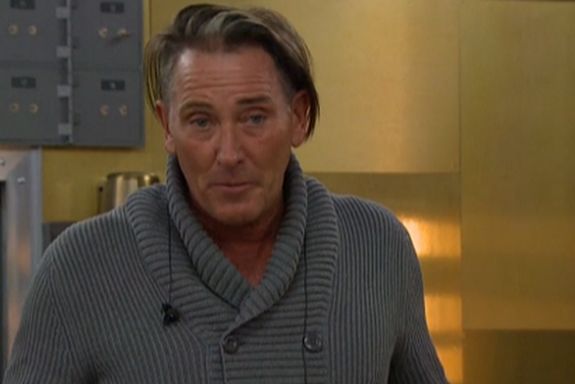 Big Brother 19 star Kevin Schlehuber thanked fans for their support on Thursday, just days after he announced via social media that he has been diagnosed with prostate cancer.

Kevin, who was a fan favorite last summer during his time on ‘Big Brother,’ tweeted that “the first 48 hours [after my diagnosis] were extremely rough. I feel great, I exercise daily, but I was diagnosed with prostate cancer. So I was in shock and disbelief.”

The 57-year-old father of seven vowed to beat the cancer, stating that he was already getting a treatment plan in place.

“I’m scheduled for surgery the Monday after Thanksgiving,” Kevin wrote. “Until then I’ll be living as normal as possible, exercising mentally and physically. I will be prepared for whatever comes my way.”

Kevin has yet to reveal what stage his cancer is, but encouraged his fans to be mindful of their health.

“I’m not posting this for sympathy but to raise awareness,” he wrote in his initial announcement posted on October 22. “Please go to regular check-ups and doctor appointments. Get tested and always be aware of how you feel.”

Hi everyone I have some news to share with you. Last night I got a call & went to the doctor with my family today. I was told I have cancer. I’m not posting this for sympathy but to raise awareness. Please go to regular check-ups & doctors appointments. Get tested & always be aware of how you feel. I FEEL perfectly healthy but that is not the case. I will beat this with the love & support from my family and close friends. Again, PLEASE get checked, it can save your life! Thank you for taking the time to read this. I love and appreciate all of you & your supportive words mean more now than ever. All my love to you, KEVIN ❤️?? #Family #LOVE #CANCERSUCKS #standuptocancer #fuckcancer #CANCERAWARENESS #BB19

Since revealing his diagnosis, Kevin has received plenty of support from former’Big Brother’ housemates.

“We love you Kev!” Ramses Soto of ‘BB19’ tweeted. “You have tons of love and support behind you! Stay strong.”