Vanderpump Rules
2 months ago by Chelsea
6

James Kennedy and Raquel Leviss confirmed Sunday that they have called off their engagement, and according to Us Weekly, the pair will explain how it all went down during the ‘VPR’ Season 9 reunion.

An air date for the reunion has not been announced; however, Raquel and James posted matching Instagram posts on Sunday announcing they have gone their separate ways. 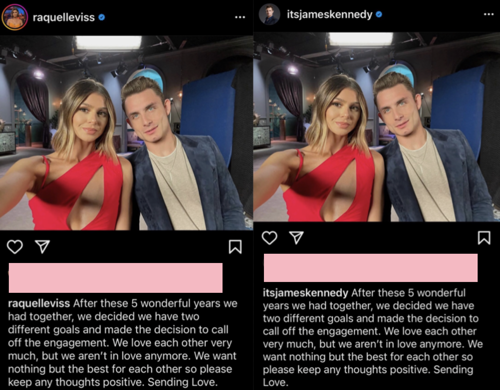 “After these 5 wonderful years we had together, we decided we have two different goals and made the decision to call off the engagement,” the identical statements read. “We love each other very much, but we aren’t in love anymore. We want nothing but the best for each other so please keep any thoughts positive. Sending love.”

Raquel went on to share photos on her Instagram Story, seemingly confirming she had moved out of the home she and James had been sharing. 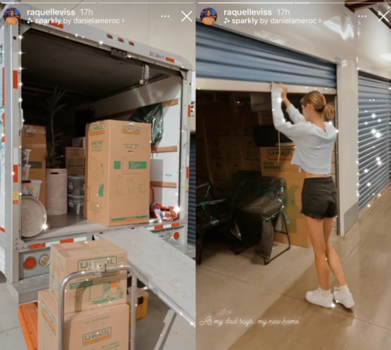 ‘Vanderpump Rules’ fans watched earlier this season as James proposed during a Coachella-themed get together with the cast that took place in May.

Lala Kent– another ‘Vanderpump Rules’ star who ended her engagement recently– will reportedly be spilling some details about her recent split from baby daddy Randall Emmett on the Season 9 reunion as well, though she’s already informed her Give Them Lala podcast listeners that some details of the couple’s split will be off limits.