Other Shows
2 months ago by Chelsea
15 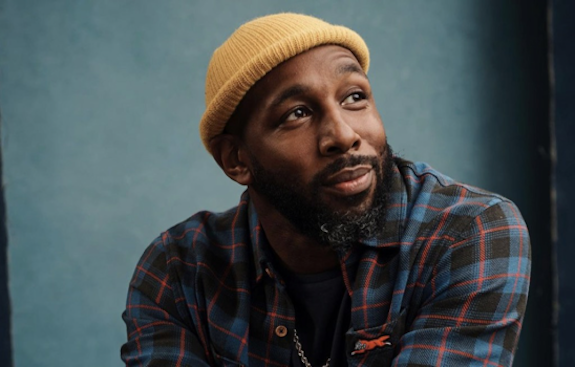 Stephen “tWitch” Boss, famed DJ, dancer and host, has died at the age of 40.

According to TMZ, tWitch’s wife, Allison Holker, frantically “ran” into an LAPD station on Tuesday, claiming that her husband had left home without his car, which caused her to be concerned.

Around 11:15 a.m., paramedics reportedly received a call for a medical emergency at an LA hotel, where tWitch was found dead from an apparent self-inflicted gunshot wound. He was pronounced dead at the scene.

“Stephen lit up every room he stepped into,” Allison told TMZ. “He valued family, friends and community above all else and leading with love and light was everything to him. He was the backbone of our family, the best husband and father, and an inspiration to his fans.

“To say he left a legacy would be an understatement, and his positive impact will continue to be felt,” she continued. “I am certain there won’t be a day that goes by that we won’t honor his memory.”

tWitch was a DJ on Ellen DeGeneres’ talk show from 2014 until the show wrapped in May 2022, and in 2020, he became an executive producer on the show as well. He continued on with Ellen, working as an announcer on Ellen’s Game of Games show until 2021.

Upon hearing the news of her friend’s death, Ellen took to social media, telling fans she was “heartbroken.”

“ … tWitch was pure love and light,” she continued. “He was my family, and I loved him with all my heart. I will miss him. Please send your love and support to Allison and his beautiful children – Weslie, Maddox, and Zaia.”

Before appearing on Ellen, tWitch competed in 2008 on So You Think You Can Dance, where he was a runner-up during the shows fourth season. tWitch met Allison while they were both competing on the All-Star season of ‘SYTYCD’, and tWitch went on to return to the show as a judge-– most recently in 2022.

A post shared by So You Think You Can Dance (@danceonfox)

The ‘SYTYCD’ official Instagram page posted a tribute to tWitch on Wednesday, calling his death a “tragic, painful loss.”

A post shared by So You Think You Can Dance (@danceonfox)

“We will always remember Stephen ‘tWitch’ Boss for the light and joy he brought into our lives and into the hearts of so many,” the statement read. “This tragic, painful loss of a such a radiant, inimitable talent and beloved friend is immeasurable beyond words, and we grieve alongside his family, loved one and fans. tWitch, we will miss you dearly.”

In addition to appearing in the “Step Up” movie franchise and “Magic Mike XXL,” tWitch hosted several reality shows over the years, including 2022’s The Real Dirty Dancing, Clash of the Cover Bands, and Disney’s Fairy Tale Weddings on Disney+–- the latter of which he co-hosted with his wife.

Just two days ago, Allison and tWitch posted a fun video of themselves dancing together to a Christmas song. The post currently has over 425,000 likes and hundreds of comments of condolences.