As you know, The Ashley attended The Biggest Loser Finale and after party this week. The Finale was pretty boring (i.e. not a lot of good gossip; what you saw on TV was pretty much exactly what The Ashley saw in the studio.)

The after party, however, was where all the true gossip magic happened. Basically, almost every person ever to compete on The Biggest Loser gathers in the lobby of a nearby hotel to drink and take pictures with each other. And gossip (!)

The Ashley was right in the middle of it all, trying to soak up as much stuff as she can.

Most of the past contestants didn’t even come to the Finale. They only showed up for the after party!

The Ashley talked to past contestants and production people to try to get the answers to some of your burning ‘Loser’ questions. (Sorry for the extended length of this post!)

Q: Do the contestants and trainers really not know how much they weigh until the very minute they weigh in on camera?

The trainers do not know until the Finale. Bob was visually shocked by a lot of the transformations, even after the camera stopped.

Q: What’s the real deal with that giant scale?

A: It’s totally fake. It’s not even a real scale.

Q: What’s it really like to be on the ranch? 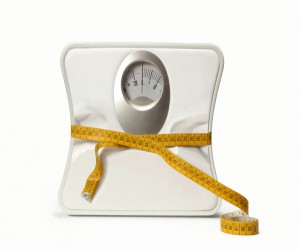 A: You are under 24-hour camera surveillance, even in your bedroom. One contestant, who appeared on the show with his wife, told me his wife refused to be even remotely, um, intimate with him the entire time, due to the fact she knew that crew members could flip a switch and hear everything that was going on in the room.There’s also a casting guy who is literally in charge of collecting pee from all of the contestants (I’m guessing to test it for drugs?) Creepy!

Things that are not allowed on the ranch include any type of communication device (computers, cell phones, etc. are all banned). The only way a contestant is allowed to communicate with their families is through written letters. Visitors are obviously outlawed.

There are also quite a few trainers/medics/etc. that never make it on camera.

Q: How are the contestants able to work out so much without getting hurt?

A: Well, they don’t. A lot of the contestants actually have a lot of injuries that aren’t addressed on camera. Some contestants have broken toes, torn ligaments, etc. but we never see it. There’s actually a ton of medics there.

Q: Do the Biggest Losers get paid to be on the show?

A: Yes, the make a stipend for being on the show. One season it was $900 a week but I don’t know how much it currently is. This is how some of the people are able to support their families despite being gone for so long.

Q: How do the contestants pass the time on the ranch?

A: Being that they’re not allowed to have the Internet, television or visitors, the contestants have to be creative to pass the time. This year the contestants threw themselves a Halloween party and dressed up as each other.

They also pass the time by hooking up each other, said one contestant. This is especially common when there are a lot of younger contestants.