There’s nothing The Ashley hates more than finding out that a reality show she really likes isn’t coming back for another season. We’re not talking shows that had a big, dramatic final episode (such as The Hills–and yes, I use the term ‘reality show’ loosely when talking about that show). The Ashley is talking about the shows that just abruptly stopped after one or two seasons, fading into the reality TV show abyss, never to be seen again.

In memory of these fallen reality shows, The Ashley has created her list of the Top 10 canceled reality shows that need to make a comeback! You know you loved these shows too! 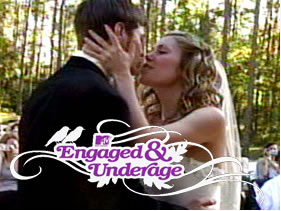 The Ashley has made it her mission in life to find out what happened to all of the couples from this amazing MTV show, which aired from 2007-2009. The show followed ‘kids’ under 21 who were getting married. It had everything: awkward teenage spats caught on camera, poor MTV editing and cool music. If you want to know what happened to the couples from this show, click here.

‘Member this one?!  MTV only produced 10 episodes  of the show in 2006, but it was awful/fantastic.  It followed a group of models that all worked at the same Miami agency and lived together. It featured the twins girls from the Accuvue contact commercial who, it turns out, were rivals and would get really pissy when the other twin would book a job.

Whatever happened to these people? Not sure where the models are today (The Ashley will have to find out though!) but the modeling agency where the 8th & Ocean cast worked apparently took a dive in 2009 due to the bad economy. The best thing to come out of this show was the awesome theme song (“Beautiful Love” by the Afters), which The Ashley still plays regularly on her iPod! 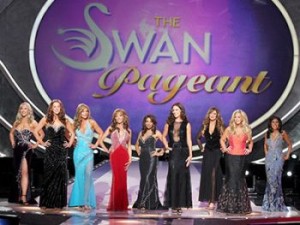 Critics and activists hated ‘The Swan’ but The Ashley totally loved it. Every week back in 2004, she would tune in to see self-professed ugly ducklings undergo a heap of plastic surgery, makeovers and therapy to overcome their snaggle teeth, saggy skin and poor self esteem and be transformed into…a swan! Critics said that it made people focus on the women’s looks rather than their personalities, but let’s face it: these women were thrilled to be given free plastic surgery, get their hair ‘did’ and get a free two-month vacation to Los Angeles, only to return to their tiny hicktowns looking better than ever.

Of course, they had to participate in “The Swan” beauty pageant first, which kind of kicked down any self esteem they had found. But, like I said, they got over $50,000 in free plastic surgery so I don’t feel bad for them. Unfortunately, the show only lasted two seasons before it got the ax. The Ashley will be doing a Where Are They Now update on ‘The Swan’ contestants very soon!

The Ashley only watched this show so she could see the horrified reactions of its participants after they saw what the design team had done to their house. This show, which ran from 2000-2008 on TLC, had a simple premise: two neighbors get to decorate a room in each others’ houses. Although it sounds simple, the design team liked to spice things up.

For instance, in one episode they decided it would be a good idea to glue straw all over the walls and ceiling of some poor couple’s living room. (Apparently, it took 17 hours for them to scrape all that crap off their walls after the show. Plus, it almost ruined the friendship of the two couples, according to this article.)

It was hilarious to watch these people try to act happy when they opened their eyes and saw that their Grandma’s antique dining room set had been painted neon yellow; or that they were now the proud owners of a denim-covered living room. (No, seriously, these things actually happened!)

This MTV show, which went off the air in 2007, was pretty much the best show ever. One guy or girl was given a bus full of possible suiters (kind of like a party bus, but it was just basically a bunch of girls or guys talking crap on each other in a super-scripted way). Everyone on this show was about 19 and looked like they stepped out of a Tilly’s ad.

Going on this show would have been the ultimate hatchet job to a person’s self esteem if things didn’t go well. The suitors left the bus, one at a time, to go on a date with the bachelor/bachelorette. At any given time, the bachelor/bachelorette had the ability to shout “NEXT” and dismiss that suitor and move on to the next one. The suitor that lasted the longest got money (and probably herpes). The Ashley totally loved it when someone would barely get a toe off the bus before hearing “NEXT!” just based on their looks. Please bring this show back, MTV! There are always crap-nozzles that need to be taken down a notch!

This amazingly awful show aired on Fox in 2003. Home viewers got to call in and vote for which man and woman they wanted to get married. The couple with the most votes were to be married live on the air! They only had a few weeks to learn about their future spouse before the wedding.

Unfortunately, none of the couples actually ended up getting married, but the show did provide for some ridiculously dramatic and desperate moments!

Of course, people said it was degrading to the contestants (who I guess were too stupid to recognize that they were being degraded?) and to the idea of marriage. Ho-hum. I loved that crap. 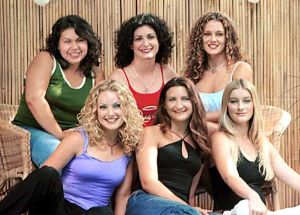 The Ashley was obsessed with this show when it first premiered on MTV in 2002. (It had a few more seasons, but only the first season was worth watching!) It followed six girls who were pledging a sorority at UC Davis. The girls from the sorority treated the pledges like five-year-olds and gave them all these crazy rules they had to abide by. (I never understood why cool girls like Candace and Jordan would ever want to hang out with those snotty nobodies.) The girls’ hi-jinks were priceless, so much so that The Ashley still has every episode of this show taped on VHS tape!

Wanna know where the girls of ‘Sorority Life’ are today? Click here!

What shows do you wish would come back on the air? Tell The Ashley!