Note from The Ashley: This story is the first in a series of ‘Life After 16 & Pregnant’ stories. The Ashley has been working on this project for a while and is very proud to share it with her readers. Cleondra’s strength and maturity impressed The Ashley so much that it was only fitting that the first story be written about her.

Be on the lookout for the next story in the series, and please share if you’ve enjoyed it. 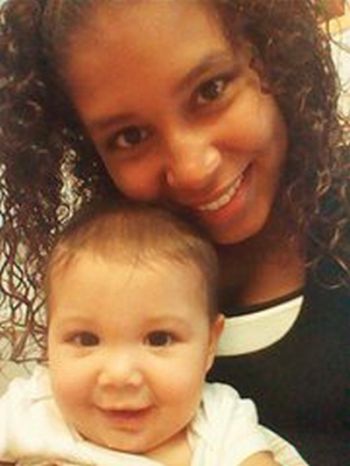 It’s been two months since MTV viewers met Mississippi teen mother Cleondra Carter, and nearly a year since her life and pregnancy were filmed for the controversial MTV show “16 & Pregnant.”

As one of 10 girls featured on the show’s third season, Cleondra, now 18, has had to deal with her share of criticism for doing the show and getting pregnant at such a young age; however, the young mom has been so busy trying to succeed she’s hardly had time to notice.

Last Monday was a proud day for the Horn Lake native: it was her first day of college. She’s taking classes to become a nurse.

“I beat the statistics” she told the more than 5,000 fans she has on her Facebook fan page.

Cleondra  has a lot to be proud of: only 40 percent of teen moms who give birth before age 18 finish high school, according to research compiled by the National Campaign to Prevent Teen and Unplanned Pregnancy. Far fewer ever make it to a college campus.

Viewers of ’16 & Pregnant’ watched as Cleondra and her boyfriend, Mario Escovedo, 18, struggled to adjust to teen parenthood, while also dealing with the stresses of school, a sometimes tumultuous home life and trying to maintain their relationship. After their daughter, Kylee, was born on November 29, 2010, Cleondra and Mario struggled to keep their relationship together.

“Mario and I are still together,” she said. “It was rocky but we just had to figure out how to juggle each other and Kylee with us both working full-time jobs, but we’re good now.”

Despite being only 18 years old, Mario is a wonderful father, Cleondra said, adding that she hopes that they will become engaged within the next five years.

Her daughter, Kylee, is now nine months old and is doing great.

“I just get so happy talking about her,” she said. “She’s such a mommy’s girl. She’s sitting up and drinking out of a sippy cup. She’s growing too fast!”

Although they’ve both been trying to maintain normal lives since their episode aired, Cleondra said sometimes it’s been hard because everyone in town knows her name and her story.

Not only does everyone in town know her story, but so do millions of viewers around the country. The show is immensely popular; it was the number-one cable series for females 12-34 on Tuesday nights during its run, according to a press release distributed by MTV. The show averages about 2.5 million viewers per episode.

“Everyone notices me. Everyone wants my picture,” she said. “I don’t view myself as a ‘famous’ person though. I was just a girl trying to show other girls that your life isn’t ruined if you’re a teen mom.”

Cleondra said she got both negative and positive reactions from her stint on MTV.

“I really liked my episode,” she said. “I got a lot of positive feedback, but I do have a lot of haters. I don’t pay attention to them because they don’t even know me. The only people who know me are the people I talk to every day.”

For Cleondra, being on the show was a chance to show that not all teen parents are irresponsible.

“I just wanted to show girls the positive side of [life after] teen pregnancy,” she said. “I do not regret doing the show.”

She hopes that other girls that find, or have found, themselves in similar situations will see that although teen pregnancy will drastically change your life, it doesn’t have to ruin it if you’re willing to work hard.