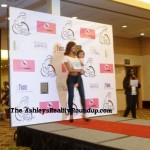 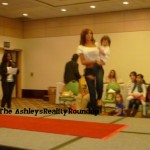 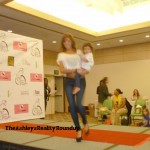 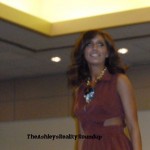 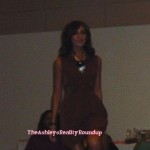 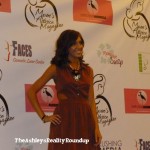 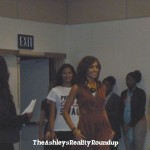 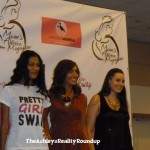 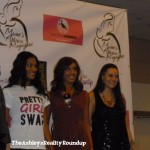 See how much The Ashley loves ya’ll? She got her lazy behind off of the couch on Sunday afternoon and attended an event that Farrah Abraham from Teen Mom was going to be at, just to get you guys some cool photos. (Sorry some of them came a little strange, there was really odd lighting in the fashion show room.)

Anyway, Farrah and Sophia were at the MomAdvice magazine’s GlamHER event. The Ashley went up there just to creep around and get pics of Farrah, but she actually ended up having a pretty good time.

Farrah and Sophia walked the catwalk during the mother/daughter fashion show. The Ashley can say a lot of things about Farrah but there’s no denying that her body is slamming. The Ashley sat there, wallowing in self hate and jealousy, as she strutted down the runway in skinny jeans. Oh well, at least she has a crappy personality.

Not surprisingly, Farrah did not make an appearance at the event outside of the fashion show. It would have been really cool of her to go mingle with all the other moms but as we all know, our lil’ Farrah doesn’t do that.

There were no MTV cameras in sight yesterday. Also gone? Farrah’s creepy ‘baby bangs’ look from last season of ‘Teen Mom.’ (Someone must have had an intervention with her about those.)

The Ashley was also sad that there was no sign of Farrah’s parents, Debra and Michael, at the event. (Perhaps Mike was at the hotel bar, drowning his sorrows into yet another prickly pear margarita?) The Ashley had hoped to have the opportunity to have a heart-to-heart with Deb.

Anyway, enjoy the pics!  And don’t steal them!