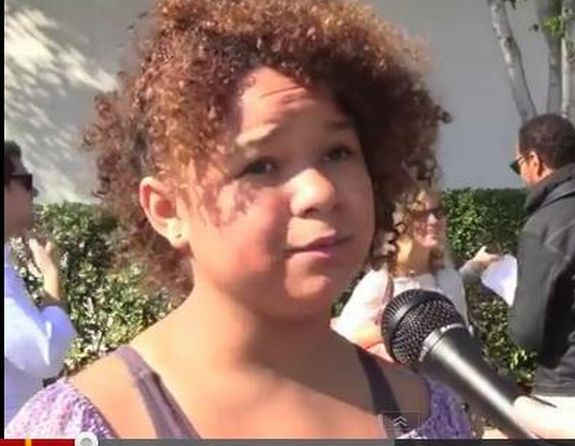 This is one of those stories that The Ashley finds so sad, yet so inspiring.

A story in the New York Post yesterday revealed that there is a lot more to 13-year-old X-Factor contestant Rachel Crow than the cameras revealed. According to her adoptive mother, Rachel started life addicted to crack in a crack den.

According to the article, her mother said that Rachel suffered a lot of abuse at the hands of her drugged-out birth parents before she was taken away by Social Services. Barbara and her husband later adopted Rachel, who came to them as a foster child at six months old.

“But she is totally unaffected by it,” her mom told the Post. “She never looks at [her past] in a sad way. She looks at it as that is what made her the person she is.”

The Ashley has been in love with Rachel’s voice (and cute lil’ dimples!) since the first episode. It’s amazing that producers of ‘X-Factor’ have yet to mention Rachel’s back story. Usually these shows jump at the chance to play up a contestant’s hardships (it makes for good TV, you know).

Anyway, The Ashley is really hoping that Rachel wins, not only because of her past, but because she has star potential and a great voice. I totally see her running the Disney Channel circuit!

Plus, Rachel vows to help other kids if she wins the big $5 million prize.

This little girl is so cool! The Ashley just wants to pinch her cheeks!

Anyway, if you like The X-Factor, head on over to this site, which covers the show a lot more closely than The Ashley, who likes to stick to the extra-crappy shows with little redeeming value!