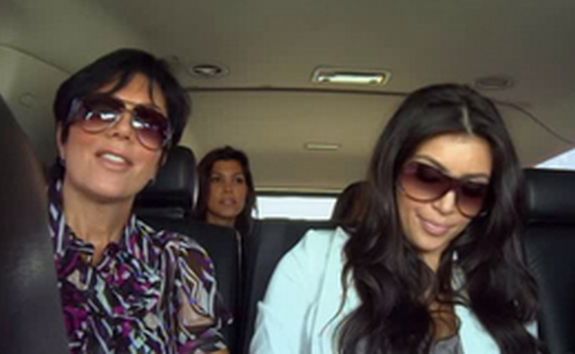 Most Roundupers know that The Ashley is not a fan of the Keeping Up With the Kardashians crew. Gossip magazines literally saturate us in Khloe and Kim crap every week (The Ashley literally plays “count the Kardashians” when a new magazine arrives!)

However, The Ashley recently heard this story from someone who saw firsthand how awful these people actually are. The Ashley was at a party, talking about her hate for all things Kardashian, when an acquaintance shared this story with her. It literally turned my stomach. I thought these people were just greedy, vain famewhores. I had no idea they were capable of something this mean.

Anyway, according to my source, a few years back some of the Kardashian degenerates allegedly came into a Downey, California, animal shelter (with film crew in tow, naturally). They wanted to adopt a dog and were planning to film it for the show. (The Ashley doesn’t watch this show, therefore she is not sure which episode this footage was used for, or if it even got used. I do know it was during the early years of the show though.)

Anyway, they selected a doggie to adopt. My source said the doggie was running around and was super happy to be going to a home. They people at the shelter were so excited that the dog had finally found a home and got it all ready to go. The Kardashians were filmed choosing the dog and going through the adoption process and were shown leaving with the new pup.

Minutes after they left, the animal shelter worker comes around the corner and sees the pup who was supposedly adopted still sitting in the kennel. When he questions the other workers what happened, they tell him that the Kardashians allegedly gave the dog right back after the cameras turned off and left! The dog never even left the shelter!

As someone who believes very strongly in helping get animals adopted from shelters, this sickens me. How could someone be so cold-hearted?

This story has a happy ending, though. Even though the doggie wasn’t adopted by the Kardashians, it turned out to be a blessing for him. The workers at the shelter felt so bad that they worked extra hard and found him a good home with people who won’t shove him in a purse and use him for publicity.

The Ashley really hopes this story isn’t true; however, I don’t see any reason for this person to make it up. He worked at the shelter and saw it with his own eyes. However, The Ashley can only say it “allegedly” happened since she didn’t see it with her own eyes.

Let’s get these cold-hearted degenerates off of our TV screens and out of our US Weeklys! Sign the petition!

Anyway, if you have a heart (unlike the Kardashians) and actually do want to help shelter pups, please consider making a donation to The Ashley’s favorite dog charity. Or, if you’re considering adopting a pooch, click here for some great tips.