The Ashley is ready to admit it: the Bachelor franchise shows are a drug that she just can’t quit. Despite the fact that the people and dates are incredibly lame, and that the couples that are matched on the shows never really work out, she loves them like Lindsay Lohan loves orange-colored self tanner.

Anyway, as you’ve most likely heard, Ben Flajnik (the guy that was rejected by Ashley Herbert last season) is the new ‘Bachelor.’ The Ashley can hardly wait to see how the producers of this show take shy, awkward Ben and turn him into a cliche-spewing playboy. I’m actually shocked that someone like Ben, who was so obviously hurt and disgusted by how his first ‘Bachelor’ experience ended, would have agreed to do a second lap around the ‘Bachelor’ pool. Oh well, maybe Brad Womack was busy.

It’s time to meet the ladies that are vying for Ben F’s hipster wine-making heart. The Ashley loves going back after the season is over and seeing if her first impressions were actually correct. If you’d like to read the full bios for the girls, click here. 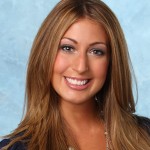 Amber B. is a 23-year-old Canadian labor and delivery nurse. The fact that she’s so young and already a nurse has won her some points from The Ashley. She should try to scare the other girls away from Ben by telling them what will happen to their bodies if they fall in love with Ben and get pregnant. (“And then, your skin stretches and the baby starts to push on your hip bone…”) 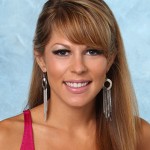 Amber T. is also a nurse (WTF? Did they give all people named Amber a 50 percent discount on nursing school or something?) She kind of looks like Fergie. She also looks like she could bust out a one-shouldered sweatshirt and be an extra on ‘Saved by the Bell.’ I love the 1980s but let’s simmer down a bit on the eyeliner and earrings. 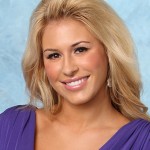 Anna is another Canadian gal. (Looks like one of the producers must have wanted to write off his trip to Vancouver, eh?) She’s a student and has two wrist tattoos, apparently. While she’s a cute girl, she seems like someone that will blend in with the crowd (except for her hair, of course, which has been AquaNetted within an inch of its life.) 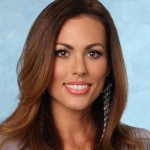 This is Blakely. (I call BS on the name. It’s too modern to be her real name. I’ll bet her real name is Gertrude or something!) Anyway, she is 34 and is a cocktail waitress… “VIP Cocktail Waitress” to be exact. Oh, honey, no. I didn’t realize the T.G.I.Fridays splits their waitresses into “VIP” and “not so important” groups. Maybe she works the VIP room at a Rutherfordton, North Carolina-based gentleman’s club? (I can only imagine the critters roaming around there!) I’m guessing this one will be a pain in the ass! 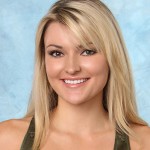 Brittney is a medical sales rep from Colorado. She seems like a sweet girl (in her bio she mentions both stuffed animals and her granny, so you’ve got to love her.) She’s good looking and would probably be a good match for Ben, which means he will probably cut her the first night. 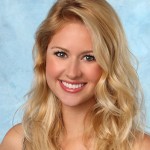 Casey S. is a trading clerk from Kansas. She seems like more of the “America’s Sweetheart” type, rather than the “drop it like it’s hot in the hot tub” type. (Wait, is that even possible?)  She seems shy and could also be a good match for Ben. She’s one of The Ashley’s top picks. 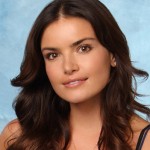 Courtney is a model (groan). She kind of looks like Ben’s way-hotter distant cousin. She also kind of scares me. In her bio, she tells us that,  she’s a hopeless romantic. “Love is my religion. I’m in love with love. All I want is to find the right guy and love him forever,” she writes. Yeah, good luck with that one Ben. 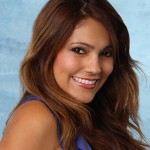 Dianna is the token ethnic girl for the season, although I’m not exactly sure what ethnicity she actually is. She says she likes Oprah, camping and starting fires. (Wait, maybe I read that wrong?) I doubt she’ll make it past the second elimination. 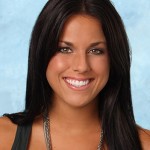 Elyse is a 24-year-old personal trainer who says she makes “everything fun.” I hope she is the girl that’s seen frantically doing laps around the mansion to stay in shape while the other girls lounge and drink margaritas. I think that would be funny. She seems like she’ll last for a while but will get really annoying. 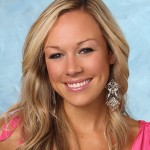 This year we have another Emily from North Carolina! I really like this girl. She seems fun and self-deprecating, which tells me she doesn’t take herself too seriously. Plus, she’s a PhD student so she’s at least ambitious and dedicated.  She also says that her most embarrassing moment was being matched to her own brother on a dating website. Apparently, their date didn’t work out because she’s here. 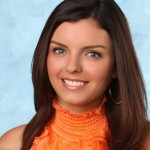 Erika is a 23-year-old law student with a lip tattoo. That scares me. I’m not trying to be mean here but something tells me that Benny Boy will never once get to see that lip tattoo up close and personal (if you know what I mean). She might as well keep her bags packed because she seems too meek for this game. 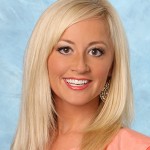 Holly is a 34-year-old pharmaceutical rep. Is it me or does she look exactly like Kelly Pickler from ‘American Idol?’ She’s from Kentucky so I’m sure she has a totally cute Southern accent that she can use to woo Ben. She should at least make it past the first night. 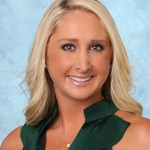 Jaclyn seems like a wallflower to me. I think she will try to impress Ben with her knowledge of Danielle Steel novels or something. Sorry Jacks, but I think you’ll be on the first flight back to Massachusetts, romance novel in hand. 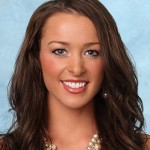 Jaime is a registered nurse (very impressed with ‘Bachelor’ producers for finding some quality girls this season. Of course, they always have to throw in a model or two, but kudos to them for finding girls who actually have a brain.) Anyway, Jaime seems like a good pick. I think she’ll go far. I think I will make her one of my Top Picks. 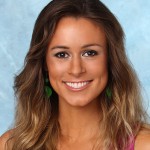 Jenna is a blogger so The Ashley likes her already. Judging from her bio, in which she tells us she likes to ask guys out and doesn’t need to be courted, I think she’s going to be “too much” for our boring Benny. (Wanna see her blog? It’s under construction right now…how convenient!) 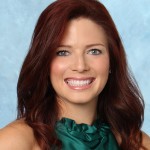 Jennifer is an accountant from Oklahoma. She tells us in her bio that she likes to “have special things done for her.” Oh, hey now. I don’t even want to picture Ben doing “special things” to her. Anyway, she’s a cute girl and might make a good match for Ben. 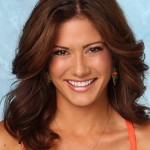 I predict Kasie will go far. She’s very cute and seems super-peppy. I picture her to be the girl in the group that will say “baby” after Chris Harrison reveals that they’re going to a new location…i.e. “Vegas, baby!” or “Tahiti, baby!” There’s always one girl that has to do that… 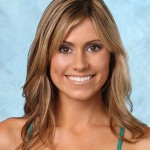 Lindzi C. is 27 and from Florida. She seems to have sunny look and personality and I think Ben will really like her. She could be this season’s Tenley or Ashley Spivey. I feel bad for her having to go through life with such a horribly spelled name though. Why do parents do this to their children?! 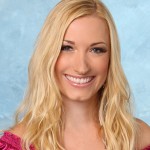 Lyndsie J. is from London, England (accent alert!) and runs her own Internet business. Everyone on the ABC site is bagging on her for being ugly, but I actually think it’s just a horrendous photo of her. If you go to her site, you can see that she’s actually pretty cute (but she’s annoying as hell, as evident in this video.) 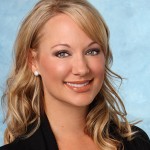 Monica is a 33-year-old dental consultant who looks very serious. However, she does have a wild side, boys! She has four tattoos, one of which is on her stomach! (True, it may be a tattoo of a molar or something, but still, she’s trying to be freaky.) I don’t think she’ll last long on this show though. 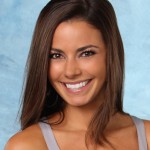 Nicki is a dental hygienist from Texas. She seems like she could be a trouble maker. She also kind of looks like Melissa Rycroft (a.k.a the girl that Jason Mesnick dumped on live TV!) 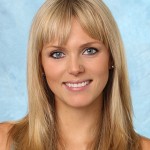 Rachel is a fashion sales rep (basically, she works at the Gap) who says she wants to know what it feels like to be a famous celebrity and be photographed all day. Maybe she should go on a reality TV show…oh, wait. She looks sweet but I think she’s only in this thing for the Us Weekly covershoot. 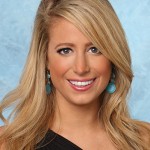 Samantha seems like a party girl. I predict she’ll be the one that is knee deep in a pile of Jello shot glasses by the middle of the first night. She tells us she has three tattoos but declines to tell us where they are. (Just admit it; you have Tweety bird tattooed on your baby-maker.) 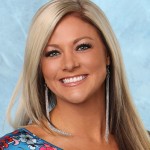 Shawn is from Ohio and although she’s pretty, The Ashley doesn’t trust her. All of her answers read like something out of the Miss America pageant. She seems fake. Ben will probably love her and she’d break his heart. I just hope they get it all on camera. 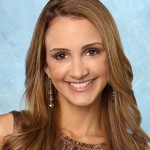 Shira is an actress who declines to state her age (double groan). She’s got a bit of the Crazy Eye Syndrome and I’m thinking she could be this season’s looney tune. (Of course, I’m basing this off her photo and bio only so I may be completely wrong here!)

Most Likely to Annoy the Crap Out of Me: Shira, Lyndsie J., Courtney