Note: The Ashley recently updated this story, which was first published in June of last year. The girls’ lives have changed a lot since we last saw them. MTV will air the Season 3 “Where Are They Now?” Special tomorrow night!

The Ashley has spent the last few months covering the very dramatic third season of 16 & Pregnant. Between the domestic violence and the verbally abusive baby-daddies, this season was jam-packed with TMZ-esque drama. (A few of the girls even made their way onto the gossip site! Congrats, gals!)

That being said, a lot has changed since the MTV camera crews left the homes of these girls.

Where Are They Now? 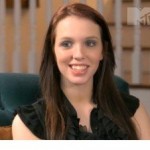 The Ashley recently gave you guys an update on what’s changed for Jordan since her episode was filmed. (Click here to read it!) Jordan’s life has changed even more since that update. She moved to California to live with her husband on base and gave birth to her second child in November, a girl named Ari Monroe. 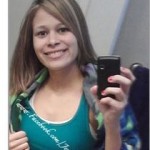 Oh, Jennifer. Of all the girls from Season 3, Jennifer received the most attention from TMZ (an honor I’m sure she’s thrilled about.) She and her baby-daddy Josh went from engaged to beating each other up on her episode. They’ve each been arrested since the show, and Jennifer took the couple’s twins and went into hiding for months, not telling Josh where they were.

It was later discovered that Jennifer was in Illinois, which is where she and the twins have been living for the past year. She’s currently enrolled in her first semester of college.

According to her personal blog, Jennifer is often asked if she is still with her baby-daddy, Josh, to which she says, “No, Josh and I are not together. We are civil and happy the way we are. Just because I was on TV and in the media doesn’t mean that the world has to know everything. So, I will not mention why Josh and I decided to go our separate ways and I will not discuss if we are seeing other people.” 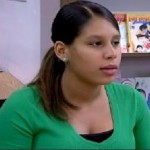 Cleo was wise beyond her years, having pretty much raised her niece before she herself got pregnant. She is now 18, in college (she’s a photography major!) and working full-time. She is still with her baby’s father,and they are currently living together with their daughter Kylee. They were both arrested last summer after a domestic disturbance, but have moved on from their relationship problems and are happier than ever, according to Cleondra.

Click here to read The Ashley’s latest interview with Cleondra and find out what she’s been up to. 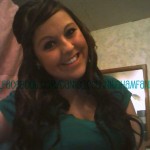 After the show, Danielle (now 17) and baby-daddy Jamie went back and forth on if they wanted to be together. Back in June, Danielle revealed to her Twitter friends that, “Me & Jamie are no longer together nor will we ever be . ‘I don’t have love for you anymore’ is what he told me.” Ouch!

Danielle has had her share of problems since her episode of ’16 & Pregnant’ aired. Her baby-daddy, Jaime, went to jail in October for violating his probation. Around the same time, Danielle left her baby with her mother, Casey, and hit the bricks. She later surfaced and posted on her website that she was pretty sure she was pregnant again. (She later found out that she wasn’t!)

Danielle’s baby has been living with Danielle’s mother Casey for months, and only recently saw his mother. However, Danielle seems to be trying to improve her life as of recently.

“Taking Jr. out to lunch tomorrow,” she posted on her Twitter earlier this month. “Plus I have jobs now!! Yay. I’m finally getting my life together again.” 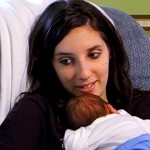 Kayla is probably best remembered as the girl from Season 3 that was pregnant while suffering from an eating disorder. She also had a douchewad mother that was always ditching Kayla so she could hang out with her boyfriend (who I’m sure is a real treat!) and telling her daughter that she should go on a diet.

She’s now 18 and though she broke up with her baby’s father, Mike, for a short time, the couple is back together and currently living together, along with their son, Preston, and Kayla’s friend.

Kayla and Mike recently got engaged and plan to marry sometime in 2012. (This happened after they filmed the “Where Are They Now?” special so it’s unlikely you will hear about this on the show!) 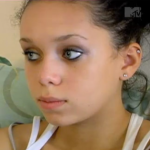 Taylor is the baby of the season, at only 15. (She was only 14 during some of the filming of her episode!) She is now 16

After the show, Taylor had some very grown-up issues to deal with, including a health scare with baby Aubri, who had to have surgery after filming to remove a mass on one of her lungs. According to Taylor’s Facebook, Aubri also had to have 20 percent of her lung removed along with the mass. (Aubri’s doing just fine now, though.)

She also had to deal with the breakdown of the relationship between her and her baby-daddy Nathan. The couple is no longer together. According to Taylor’s brother, Shane (who was kind enough to contact The Ashley), “Nathan is NOT part of the baby’s life. He would rather go steal from his family, do drugs, and hang out with low lifes instead of being with my wonderful niece.” (This is all ‘allegedly,’ of course.)

Taylor is currently single, while Nathan is seeing another girl. According to her Twitter account, Taylor plans to pursue a career in nursing after high school. 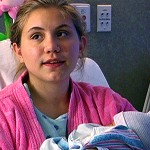 Jamie’s baby-daddy, Ryan, was definitely a contender for winning the title of Season 3’s Douchiest Dad. Not only did he cheat on Jamie while she was pregnant, but he nearly missed the birth of his child because he was passed out from partying the night before.

What happened after the cameras stopped rolling? Despite all of Ryan’s blubbering about wanting to see his child, he pretty much split in the months after Jamie’s episode filmed. Ryan’s visitation rights were suspended due to him missing many of his scheduled visits with the baby (surprise, surprise!)

Jamie herself hasn’t been a perfect angel either. In January, she was arrested for assaulting a female classmate. (Allegedly, she punched the girl Ryan cheated on her with in the head.) However, she seems to have cleaned up her act since then, recently graduating from high school (with baby Miah on her hip when she received her diploma, naturally).

In September, Ryan and Jamie got back together. Realizing this was not going to go over well with fans of the show that watched Ryan treat her so poorly, she posted this on her official Facebook Fanpage:

“Ryan and I are back together. He has stopped everything and is working and going to college. we have been together for awhile now. Miah adored him and we are absolutely happy to be back together. We..are looking for a place together.  I wouldn’t have made the decision to get back with him if I didn’t feel like he has changed.” 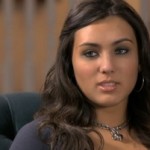 Izabella turned out to be a fan favorite due to her level head and adorable baby-daddy, Jairo. The couple recently announced their engagement. Izabella just turned 17 and is in her junior year of high school, while Jairo has graduated from online high school.

On her episode, many of Izabella’s extended family members were unsupportive of the teen couple. However, most have come around, although Izabella has said that a lot of people outside of her family have not. (Despite what this article in her local Utah newspaper says!)

The couple is still together, happy and doing well. 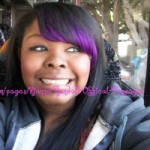 Yikes, where to begin with this one? Kianna and her baby-daddy Zak were arrested in August of last year for attempted armed robbery! (Click here to see her crazy-ass mugshot and read about her arrest!)

Zak is currently still in juvenile hall (or “juvey” as the cool kids say), while Kianna is not being charged (as far as I could tell). Apparently, they are still together, despite Zak being locked up. 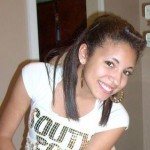 After her episode (which aired as Season’s 3 finale), Allie left Crazy Town (aka her boyfriend Joey’s cracked-out mama’s house) and moved back to New Jersey. She broke up with Joey and the two no longer speak. Joey does not have contact with his son, Aydynn (or however the hell she spells it). He seems just fine with this arrangement. (She talks about that whole mess here.) In fact, the Reunion Special taping was the first time he had seen his son in months.

Unfortunately, it seems like that continues to be the case these days as well. In February, Allie posted this on her Facebook Fanpage:

“Let me make it clear. Joey does not see Aydenn ever. Aydenn lives with me, his MOTHER and I take care of him. Joey is not lucky enough to be in Aydenn’s presence.”

UPDATE: Want to know what the girls from this season of  ’16 and Pregnant’ are doing as of 2013? The Ashley’s new book, Teen Mom Confidential, features interviews with many of the girls and updates on every single girl to ever appear on the show. To order the book, click here!