After four seasons, MTV has finally closed the [cartoon-animated] book on the show Teen Mom. As a faithful viewer, The Ashley is sad to know that she will no longer be able to tune in on Tuesday nights to see the latest hi-jinks of Farrah, Maci, Catelynn and Amber (and their baby-daddies).

While she will miss the show in general, here are 10 other things that The Ashley is sad to see go: 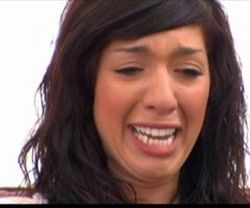 It’s haunted our nightmares since the first season of ‘Teen Mom.’ We watch as Farrah doesn’t get her way and we know it’s coming…the most horrifying/hysterical cry-face ever to appear on television. For whatever the reason Farrah is unable to blubber without contorting her face and looking like something that belongs in a horror movie. And I love it. 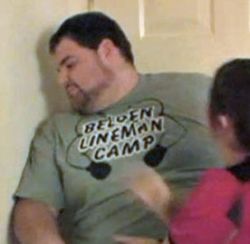 Not only are we bidding Gary Shirley farewell, but we also must say goodbye to his trusty “Belden Lineman Camp” T-shirt. It’s been around since we first met Gary and Amber of ’16 & Pregnant,’ so it’s truly like losing an old friend. Gary was sporting this frock for many of his most important MTV moments, including when Amber chocked the beJesus out of him on camera. (Ironically, the shirt also features two boxing-glove-fisted arms on it as well.)

So what does “Belden Lineman Camp” actually mean? It’s a camp held at Anderson University in Indiana for football players. Put on by Hall of Famer Jim Belden, it offers great technical skills training— and an all-you-can-eat lunch! (Now I understand why Gary liked it so much!) 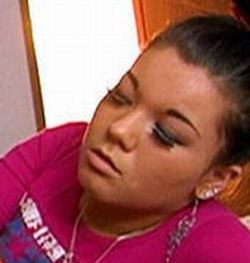 Oh, creepy Amber eyelashes, you’ve brought me such joy over the past two seasons, watching Amber bat you around her eye socket. So fake, so long, and so black, The Ashley will truly miss not getting to make wisecracks about Amber’s horrific lashes.

They scare me yet intrigue me at the same time.

Let’s face it; no one can swing a rat tail like Butch Baltierra! We’ve tracked the progress of Butch’s salt-n-peppa mane since ’16 & Pregnant,’ and, although at times it was longer or curlier than others, his rat tail remained the only constant in Butch’s life. (Other than doing drugs and getting hauled into jail on the regular, of course).

I really feel like the Baby Jesus put Butch on this earth (and this show) just to give The Ashley something to chuckle at each week. It hurts to know that we won’t get to see him anymore. 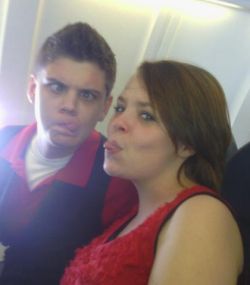 5) Watching the Cuteness of Catelynn & Tyler

If The Ashley could give each of her readers a gift, she would give them all “a Tyler” as a boyfriend. Sweet, caring and so supportive of his longtime girlfriend, Catelynn, Tyler is one of the best guys on reality TV. Watching these two together makes me happy. It also shows that true love really does exist. 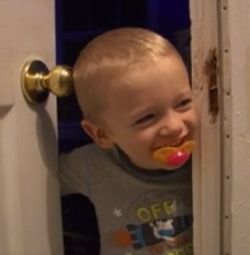 If The Ashley ever has kids, she wants a Bentley. That kid is so adorable! His little squeaky voice just melts The Ashley’s heart, and that’s not an easy thing to do!

His little Southern accent and the random things that he says get me every time! 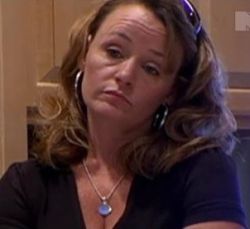 As The Ashley’s said before, Maci’s mom, Sharon, and Tyler’s mom, Kim, do..not..play. Sharon and Kim tell it like it easy, and are never afraid to let their kids know when they think that they’re being an idiot. (‘Member the look on Maci’s mom’s face when Maci told her that she wanted to have another kid? Priceless!)

While Sharon and Kim can always be counted on for wise words and the occasional wisecrack, they certainly have no lack of love for their children. They always seem to know what’s best for their kids, and The Ashley will miss them.

8 ) Seeing the Girls Pretend to be Poor

How much do those ‘Teen Mom’ girls make? This is one of the questions that The Ashley is most-often ask. While the actual number is not known, we do know that the girls are clearing well over $65,000 a season, which makes them much richer than the average teenage mom.

Still, MTV insists that they pretend that they are poor. Apparently, they think that we don’t notice that Amber switches “apartments” (and by “apartments” I mean ginormous houses) every few months, that Maci and/or Kyle drives a Mercedes, and that Farrah is able to drive a new car, move across country and afford a nanny, all while posing as “typical” teen moms. Call me when they’re driving a 1992 Chevy Lumina that has no bumper, then I’ll believe they’re poor. 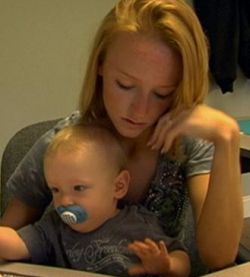 9) Watching the Kids Grow Up

We’ve been to their birthday parties, we’ve watched them take their first steps— hell, we even gawked at them being born, and now we must say goodbye to the kids of ‘Teen Mom.’ We’ve watched as Bentley, Sophia and Leah have grown from newborns to actual kids, and, although we won’t be able to check in with them each week to see how they are progressing, you can still follow their parents’ lives on The Roundup. (There are also rumors that some of the girls will be getting spin-offs, so this might not be the last we see of these kids!)

They scream it at each other, they scream it at random people, and, sometimes, they even scream it to themselves when they just can’t take a situation anymore. In the first seasons of ‘Teen Mom,’ Gary and/or Amber would scream “I’m done!” after every fight. Sometimes it would even be a race to see who could fit it into the argument first, and then storm out of the house in a huff. I’m really going to miss this.

Which of these things will you miss the most, now that ‘Teen Mom’ has gone off the air? Tell The Ashley by voting below!