The Ashley‘s a busy girl, but she tries to keep up with shows like The Voice as much as she can. Although she likes to see the talent, the real reason The Ashley tunes into the show is to see what crazy-ass get-up Christina Aguilera and Ceelo Green are wearing. While Ceelo is what you could call “eccentric,” Christina is what you would call “fashion-challenged.” In other words, she’s a hot damn mess every single week and The Ashley doesn’t want to miss a chance to make fun of her!

Of course, nothing could rival the awfulness that was Christina’s hair during Season 1 of ‘The Voice.’ That was just epic.

Although it was hard to narrow it down, The Ashley has put together this list of the strangest wardrobe choices we’ve seen on ‘The Voice’ so far! 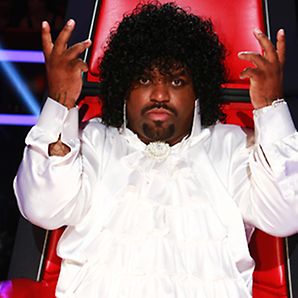 OK…so this needs to be discussed. Ceelo Green sported this Jerry-Curl-‘tastic look on last night’s episode. And don’t even get me started on that shirt. The Ashley knows he was supposedly channeling Prince, but unfortunately he came off looking like the Soul Glow man from the movie “Coming to America.” Or a waiter at a Mexican restaurant. 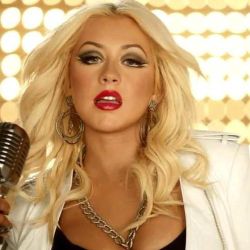 Although Christina seems to have gotten that mop on top of her head somewhat tamed, her eye makeup this season has been awesomely bad. The Ashley isn’t one of those “Bare Minerals Less-is-More” gals when it comes to makeup; she piles it on like a chola on Christmas, however, Christina’s makeup is just ridiculous. When you’re wearing more makeup than Priscilla Presley circa 1968, you know it’s time to tone it down, girl. 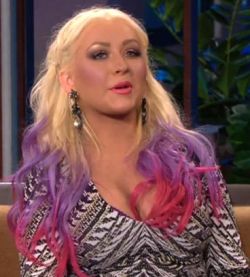 Just when we thought Christina finally got that wig under control, she goes and scalps a few My Little Ponies and steps out looking like this. For all the money Christina has, you’d think she could buy herself some decent extensions and hire a hairdresser that could make her look better than this. Or at least buy a mirror so you don’t walk out of the house with hair like this!

Somewhere, some little girl is wondering what happened to her horsey’s hair. 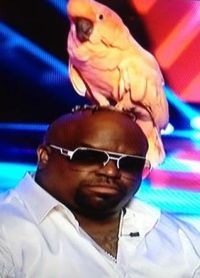 Ceelo did his confessional interviews one night with his bird on his head. The beauty of this look was that the feathered friend sitting on his head was never acknowledged. He just kept on talking, while the bird squawked, flapped his feathers and ran amok on Ceelo’s cranium. This was possibly The Ashley’s favorite ‘Voice’ moment ever.

But that bird scares me, not going to lie. There’s something about it that just isn’t right. 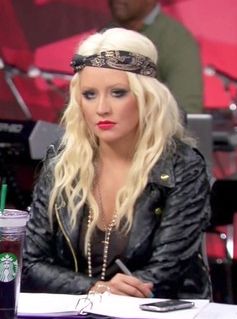 Dear God…what was going through Christina’s head when she decided to put this outfit together? The leather jacket, the bleached out blond hair and that bandanna…girl, who lied to you? Ladies, let this be a lesson to you– always look in the mirror before stepping out of the house…and especially when stepping onto national TV. Otherwise, you could end up looking like this.