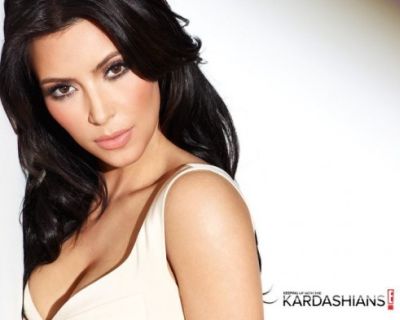 Pregnant Kim Kardashian just made some pretty heavy claims on her Twitter account! The star of Keeping Up with the Kardashians (and famewhore extraordinaire!) is claiming that members of the paparazzi threatened the life of her and her unborn baby earlier today.

“I wouldn’t let the paps get a pic of me today & they threatened my life & said if I continue to block shots then they will make my world dangerous to live in! How dare they threaten my life & my unborn child! This has gotten way out of control!”

Although The Ashley hates all things Kardashian, she does have to agree with Kim on this one. As someone who has seen firsthand how the paps bombard a celebrity and will stop at nothing to “get their shot,” it does make The Ashley worried that eventually someone will die from their actions. (One just needs to look at what happened to Princess Diana to understand this.)

“Yesterday 4 cars boxed me in. One in front, behind, & one on each side just to have me drive at their speed so they can snap through the window. Its really so scary what they are legally allowed to get away with!

For years I’ve always been so gracious. Every shot they take now just isn’t flattering & crazy stories get made up, so why would I willingly just let them stalk me & smile for them? Let me enjoy this last month of pregnancy please without threats & being scared to leave my home due to what dangerous thing they just threatened to do to me.

I get I live a public life. I live my life on a reality show for the world to see. I love my life, but when the cameras stop, that doesn’t mean I don’t want a break too. I’m 32 yrs old now, about to be a mom. I’m not 25 clubbing around LA anymore. There’s no excuse for threats & stalking!”

Although Kim has certainly pimped herself out to the paps and media over the years, no one deserves this. (Seriously, you don’t know how upset it makes me to have to stick up for a Kardashian, but she’s right!) Photos of celebrities (especially pregnant celebrities, especially pregnant Kardashians) can sell for tens of thousands of dollars, which is why these photographers will stop at nothing to get the perfect photo.

Has the paparazzi gone too far? Does Kim or any other celebrity deserve this? Tell The Ashley in the comments below!