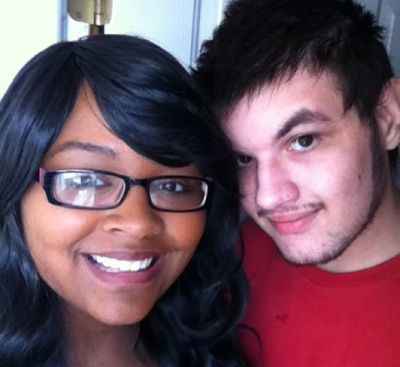 Another 16 and Pregnant star has announced that is pregnant again! Season 4 star Jordan Howard took to her social media accounts yesterday to reveal that she and her fiance Tyler are expecting their second child right after Christmas!

Jordan’s episode of ’16 and Pregnant’ caused quit a stir, due to interracial tension between Jordan’s mom and her baby-daddy.

She announced yesterday that she is currently 30 weeks pregnant and that the baby is a girl that will be named Taylor. She also revealed that she is hoping to have a natural birth, unlike the birth of her first child, Chase, which was shown on MTV.

“Who knows I might just end up eating my words, and chicken out, but I have faith!” she tweeted to her Season 4 cast mate Sarah Roberts, who recently had a second baby herself.

For those of you keeping track at home, that’s fifteen (out of the 47 girls that have been featured on the show) that have either had second children or are currently pregnant again. (And…because I know y’all are going to try to list and argue about them in the comments below, here are the girls: Ebony Jackson, Jenelle Evans, Lori Wickelhaus, Leah Messer, Kail Lowry, Brooke Tarrant, Felicia Cooke, Jordan Ward, Jennifer Del Rio, Danielle Cunningham, Mackenzie Douthit, Sarah Roberts , Kristina Robinson and Myranda Trevino. There have been other pregnancy rumors, but these are the only ones that resulted in an actual child and/or are confirmed to be pregnant right now.)

In regard to when she and Tyler will get married, Jordan told The Ashley during an interview for her book Teen Mom Confidential that they plan to marry in 2015.