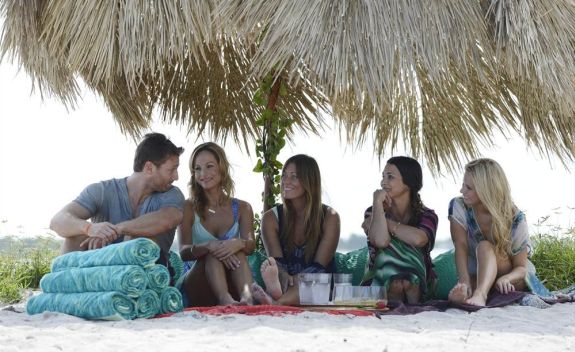 The producers of The Bachelor/ Bachelorette/ Bachelor Pad have just announced that they will be introducing a brand-new series to the ‘Bachelor’ franchise: Get ready for Bachelor in Paradise!

According to Entertainment Weekly, the new show will “bring back many of the Bachelor’s fan favorites and villains to give them a second chance to find their soul mates.”

The new show, which will air after Andi‘s season of The Bachelorette ends this summer, will take place in some far-off tropical island location and will feature some sort of rose ceremony. Once again, Chris Harrison will serve as host of the shenanigans.

“The romantic dating series will feature new twists, shocking surprises, unexpected guests and some of the most unlikely relationships in ‘Bachelor’ history, plus all the usual romance, drama and tears we’ve come to expect from the ‘Bachelor’ franchise,” the producers told EW.

So basically we will be watching the most-interesting specimens of the latest ‘Bachelor’/’Bachelorette’ casts frolic on a beach in their bikinis, hook up in hot tubs and jump into the water off a boat. (This sounds like every single season of ‘The Bachelor’ or ‘Bachelorette,’ right?)

ABC has not released any names in terms of the show’s cast, but The Ashley can guess a few of the people we might see, based on their ability to cause drama, act immoral and provide eye candy for the viewers: