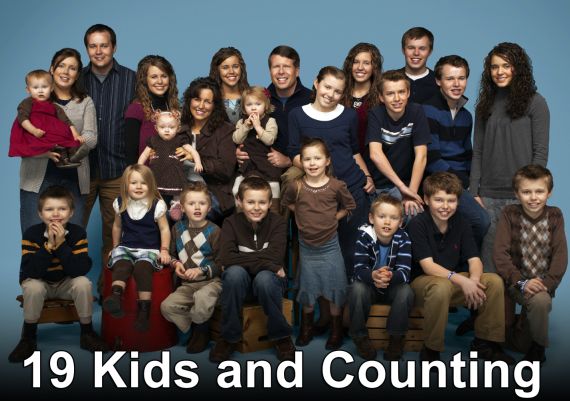 (Note: This story was updated in March 2015 to reflect any changes that have taken place in the family since the story originally posted.)

The Ashley is fascinated with the family as well, so she has decided to break down the show by only using numbers.

So here, The Ashley brings you…’19 Kids and Counting: By the Numbers.”

0  Number of Duggars that eat pork

(She said in her TLC blog that she is “always joyfully available for him” sexually.)

1.5 Number of years, on average, in between each of the Duggar’s children’s births

2  Number of sets of twins the Duggar family has

2.5  Number of years since Michelle’s last pregnancy (which ended in a miscarriage)

3 Number of Duggar children that are allowed to kiss someone

(Only three Duggar kids are married)

(Michelle was on birth control but quit using it after suffering a miscarriage around 1989. She hasn’t used it since.)

19  Number of children Jim Bob and Michelle Duggar have

48  Number of boxes of cereal the family consumes each month

2000  Number of square feet in the home the Duggars were living in (with 17 kids!) when they first started their reality show

(It was a riding lawn mower, in case you were wondering!)

87,000  Number of dollars (approximately) the Duggars spent to have their 7,000 square foot house built.

Click to read The Ashley’s “By the Numbers” posts on  Sister Wives, The Bachelor and 16 and Pregnant.