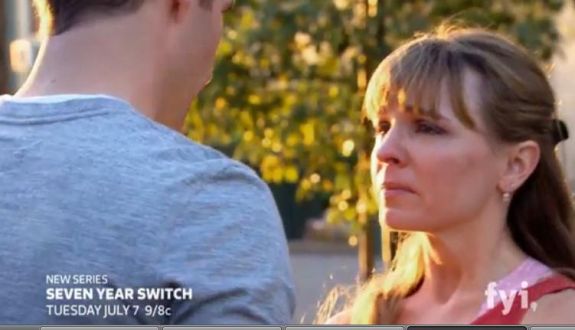 By Holly Rasmussen and The Ashley

The production company behind “Married at First Sight” is hoping that they’ll have better results with saving marriages, rather than making them. Kinetic Content has announced that its new show, Seven Year Switch, will follow four married couples who are at a crossroads in their relationships. The couples will split up and live with someone new as part of an experiment. At the end of the experiment, the couples will have to decide if they want to stay married or get divorced.

The couples will, “get the chance to live with a stranger for two weeks, in an experimental marriage, to help determine if different traits and characteristics in a mate could make their marriage stronger,” the network wrote in a press release announcing the show.

Think of it as Wife Swap…with a purpose!

It’s no coincidence that all of the participating couples have been married exactly seven years.

“Seven years marks a point in many marriages when couples find themselves restless and dissatisfied; and some even wonder what it would be like if they had picked a different spouse,” the press release stated.

The four couples taking part in the experiment do not have children yet, which makes the switch easier.

In an emotion-filled trailer released by FYI, the couples are shown saying goodbye to each other at the beginning of the experiment.

“I think it will be really good for us,” she later tells the cameras. “Absence can make your heart just long for each other even more.”

The idea of making their private marital problems available for public consumption seems to weigh heavier on some participants than others.

“In my whole life I never thought I’d get involved in anything remotely close to this but here I am,” one husband tells the cameras after his wife has left their home.

Just as with ‘Married at First Sight,’ the participants will have several relationship experts there to help guide them through the experiment.

The network has not released several important details about the show, including whether or not the participants will be allowed to engage in any sort of physical relationship with their new “spouse” during the experiment, or if the couples will be swapping spouses with each other or outside people.

The series premiere on FYI on July 7 at 9 pm. Watch the trailer below: