It’s official: Bachelor nation has baby fever! Three former Bachelorettes are currently pregnant, as are several women who appeared on The Bachelor, Bachelor Pad and Bachelor in Paradise!

With so many ‘Bachelor’ babies on the way, it’s hard to keep track! (The real question is…will any of them name their offspring after host Chris Harrison?!) 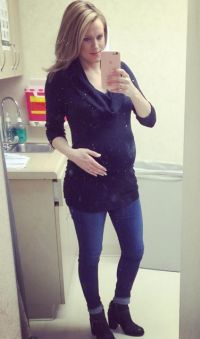 Ashley Salter, who is best known for being obsessed with onions during Chris Soules’ season of ‘The Bachelor,’ is currently 36 weeks pregnant with her first child. After appearing on last summer’s ‘Bachelor in Paradise,’ Ashley reunited with her former college boyfriend, Austin Brannen, and by September was engaged. In January, Ashley announced that she was pregnant with a baby boy that she plans to name Brooks. She is due to give birth in April. 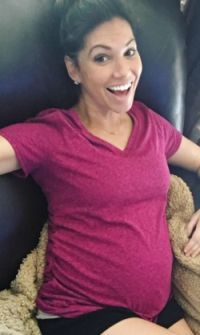 Melissa, who was the “winner” of Jason Mesnik’s season of ‘The Bachelor’ back in 2009, is currently seven months pregnant with her third child. She and her husband, Tye Strickland, announced the pregnancy in November. Melissa indicated that this pregnancy will be her last…probably. She is due in May. 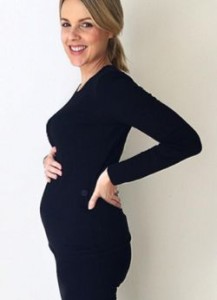 Former Bachelorette Ali is currently about 5 months into her first pregnancy. The father of the baby is Ali’s fiance, radio and TV host Kevin Manno. (She split with Roberto Martinez, whom she became engaged to during ‘The Bachelorette,’ in 2011.) Ali is due in July. 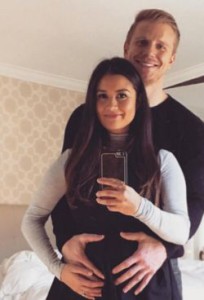 Catherine Giudici, who met her husband, Sean Lowe, on ‘The Bachelor,’ is also about 22 weeks pregnant with the couple’s first child. She announced her pregnancy in December, but has opted to keep the baby’s gender a secret…for now. Catherine is due in June. 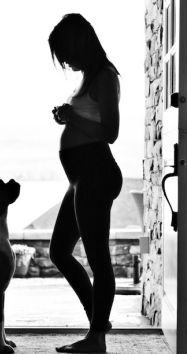 Jillian, who starred as the fifth ‘Bachelorette’ back in 2009, just announced last week that she is pregnant with her first child. She is currently 16 weeks pregnant, and has not revealed if she and her boyfriend of four years, Justin Pasutto, are expecting a boy or a girl yet. Jillian has not revealed her exact due date, but will reportedly give birth in September.

Erica, who did three stints on ‘Bachelor’ franchise shows before fading out of the spotlight, is about 10 weeks pregnant with her first child. The father is Erica’s fiance, Galen Gentry, whom she had only been dating a few months before finding out she was pregnant. The couple had planned to marry in May, but have called off the wedding and plan to wed after the baby is born in late September. 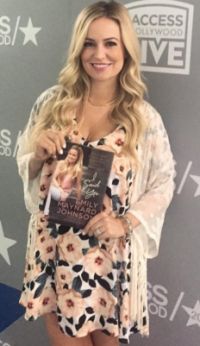 Emily recently announced that she is pregnant with her third child! This will be Emily’s second child by her husband, Tyler Johnson. (She also has 10-year-old daughter Ricki by her late fiance, Ricky Hendrick.) Emily’s second child, son Jennings, is only eight months old. Emily is due to give birth in September.