Big Brother 19 has already had its share of controversy– and the season is not even close to being over yet! From Paul‘s (possibly) racist ‘snake’ costume, to Jessica‘s inappropriate “butt-poking,” this season of the CBS reality show has certainly made headlines.

The latest ‘Big Brother 19’ controversy has come this week via HG Jason Dent. The 37-year-old rodeo clown outraged some of his fellow HGs (and fans) by making some very disturbing and unfortunate “jokes” in the house.

On at least two separate occasions in the past week, Jason has jokingly referred to rape, whether in the context of a fellow HG’s wife or a bunch of old ladies.

Earlier this week Jason and the other HGs were doing what they do best: bashing someone else. In this instance, they were bashing Kevin and Jason decided to theorize what the absolute worst possible thing he could say about Kevin would be. That’s when Jason made a comment about raping Kevin’s wife and tying up Kevin’s daughters to make them watch.

The context of his comment was in trying to imagine the worst thing he could say, but it was still ugly.

Unfortunately, Jason’s “jokes” don’t stop there. On Wednesday Jason was regaling his fellow HGs with a story from his youth about the time he was pulled over by campus security. In a profanity-filled tirade, he explained that he mocked the fake cops for wasting his time. Apparently Alex has heard the story before, because she filled in the blanks.

It seems Jason was making fun of the campus security guards by telling them that he was going to a nursing home to rape the old women, and then he was going to visit the pound to kill a bunch of puppies before making some meth.

Clearly Jason has a fondness for jokes about rape and he’s been doing it for many years. These comments put a disturbing cloud over ‘Big Brother 19’ and make it hard to enjoy what little game-play there is. In many ways, it’s starting to be reminiscent of Season 15, when racist comments turned the entire game ugly.

These rape comments come in a season that has been filled with some unusual and off-putting behavior.

At this point, it’s unknown whether CBS will air any of Jason’s comments on the show, or if it will remain a live feed controversy. The growing reports about these issues from sites like TMZ may make it hard for CBS to ignore.

Fans aren’t the only ones who are responding to Jason’s remarks. Jason’s own family issued an apology, via Twitter, stating that the “inappropriate comments that were said in jest on the live feeds this afternoon about Kevin and his family” were “taken slightly out of context.”

Kevin’s wife Deborah (and the mother of his seven children) told TMZ that watching Jason make the comments on the live feed, and laughing about it is “the worst thing she’s ever seen,” according to the site. She added that she and her children did not sign up to be ridiculed on ‘Big Brother,’ and criticized Jason’s family for making their backhanded apology.

‘Big Brother 19’ fans are taking to Twitter to express their outrage over what Jason said.

“@CBSBigBrother NEEDS to evict Jason from this house. Rape jokes are never funny,” one viewer wrote on Twitter. “Most vile group of people ever.”

“In a season where pretty much everyone is a vile human being, Jason’s comments make him the worst of all,” another person tweeted.

For more ‘Big Brother’ news and spoilers, head over to Buddy TV! 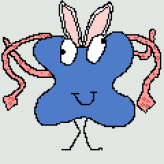