MTV knows a cash cow when it sees one– so it’s no surprise that the network is milking this Teen Mom franchise for all it’s worth!

While the network has yet to release info on the cast, it did release a brief trailer and start social media pages for the new show. Local blog I’m Gossip Granny was the first to release the names of the cast, and The Ashley has dug deep to find out all the details on the new moms, their babies and, of course, their drama.

Let’s meet the new gals, shall we? 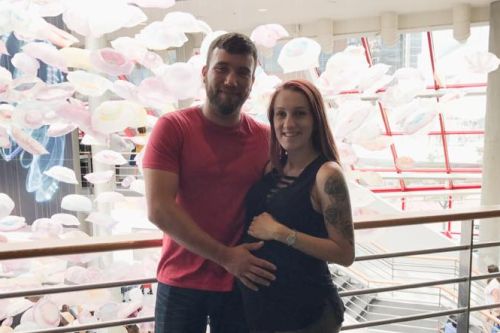 Baby: Son Deklan Austin was born in July 2017. His middle name, Austin, is in honor of Sunshine’s late brother, Austin, who died in 2010.

Baby Daddy: Sunshine married her baby’s father, Doug Jones, on August 27 at an Italian restaurant in Vineland, New Jersey. The couple had been together just over a year when they tied the knot.

Background: Sunshine is a former track athlete who graduated from high school in 2016. She is the only married girl that will be featured on ‘Teen Mom New Jersey,’ although most of the footage was shot before her wedding.

Criminal Records: The Ashley has not located any legal trouble for Sunshine or Doug. 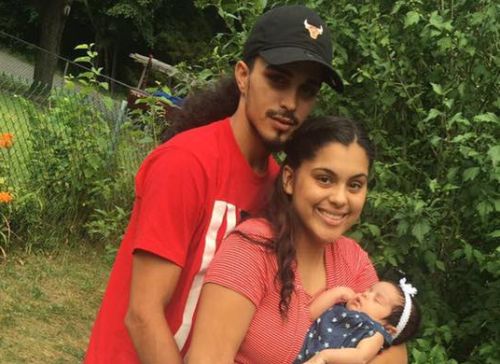 Baby Daddy: Kaycie is still in a relationship with Francis Jimenez, who is the father of her baby. He is older than Kayce (around 25 or so), and Azalea is his first child. Francis and Kaycie began dating in August 2016.

Background: It appears that Kaycie had some interest in joining the military before she got pregnant. She graduated high school in 2016.

Criminal Records: The Ashley could find no criminal history for Kaycie but Francis has been in some trouble. In 2014, he was arrested during a drug raid of a Vineland, New Jersey, house and charged with possession with intent to distribute psilocybin mushrooms, possession with intent to distribute marijuana and possession of drug paraphernalia. It appears that he had been arrested several times before that as well. Wanna see his mugshot? Of course you do! 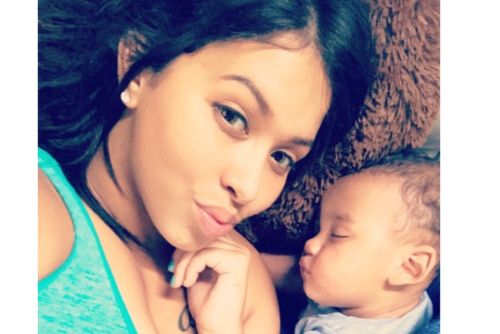 Baby: Son Omari Anthony was born in November 2016 and is the oldest child featured on ‘TMNJ’

Baby Daddy: The Ashley wasn’t able to uncover much about Angelica’s baby-daddy, except that his name appears to be Nick Cruz. From the looks of her social media posts, they have had an off-and-on-again relationship for years.

Background & Criminal Records: The Ashley did not uncover much…yet. 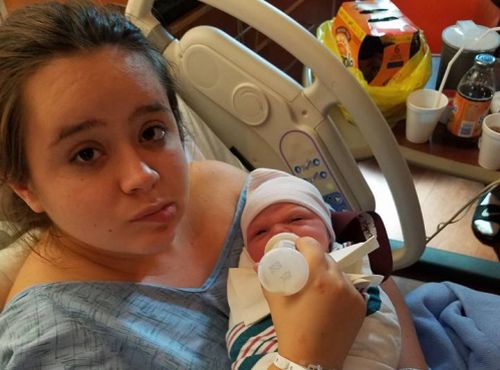 Baby Daddy: Kaitlyn’s baby-daddy, Raymond Klawitter, is from Millville. They began seeing each other in 2014. Raymond played football in high school before graduating in 2016.

Background: Kaitlyn’s family owns a butcher shop in Vineland, New Jersey, and it appears that her parents are not married. Kaitlyn graduated from high school in 2016, and was an honors student.

Criminal History: It appears that Kaitlyn was arrested in February of this year, after it was discovered that she had a warrant in another town. Her crime wasn’t anything major, though. Raymond does not have a criminal history, from what The Ashley can tell (so far). 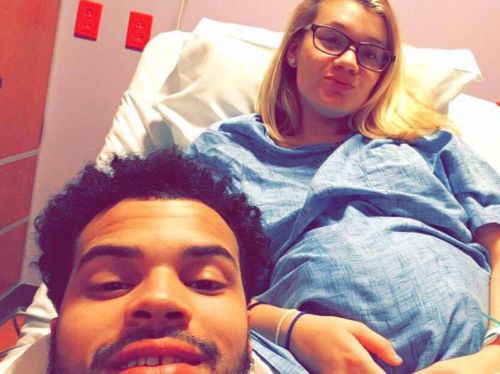 Baby Daddy: Devin’s baby daddy goes by “Rugga Dump” on social media but it appears that his real name is Manny Lopez. In 2016, he was shot in the neck but survived. Devin has herself listed as “single” on Facebook currently, so it seems that she and “The Dump” are not together right now.

Criminal History: The Ashley has not located any criminal history for Devin.