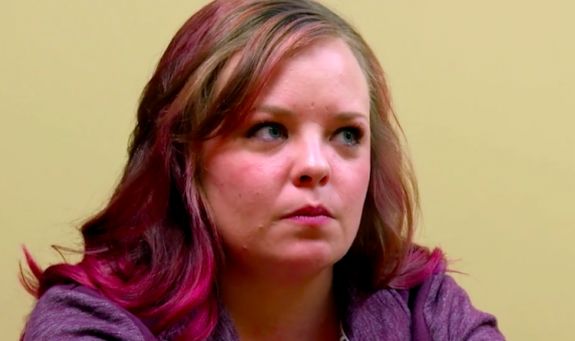 Catelynn Lowell shocked some Teen Mom OG fans on Wednesday when she announced via Twitter that she is heading back to rehab to treat her anxiety and depression issues. The announcement comes just three weeks after Catelynn left an Arizona-based treatment center after spending six weeks there.

In her tweet, Catelynn thanked her husband Tyler Baltierra and their daughter Nova for their support.

“Well they say third times a charm… I’m going back to treatment people for 6 weeks to work on my trauma and getting on different meds,” she wrote. “THANK YOU @TylerBaltierra I LOVE YOU SO MUCH!!!!! You are my light!! And nova you are my sunshine #KeepTalkingMH”

Well they say third times a charm… I'm going back to treatment people for 6 weeks to work on my trauma and getting on different meds. THANK YOU @TylerBaltierra I LOVE YOU SO MUCH!!!!! You are my light!! And nova you are my sunshine #KeepTalkingMH

In follow-up tweets, Catelynn clarified that the trauma she is working on stems from her childhood.

(As The Ashley reported in her 2013 book, Teen Mom Confidential, Catelynn’s mother April had alcohol issues and Catelynn was moved around as a kid, staying with various relatives. In 2001, Cate’s father David Lowell attempted to get custody of Catelynn, claiming she was being neglected by April, but the judge dismissed his claim.)

This will mark the third time Catelynn has gone to treatment to deal with her mental health issues. In March 2016, she stayed at an Arizona facility to treat her anxiety and depression issues. In November 2017, she returned to rehab after posting a startling tweet, explaining that she was suicidal.

Tyler has yet to publicly comment on his wife’s return to rehab. However, on January 15, he posted a sweet message on Twitter to Catelynn, commending her for her strength.

“I am SO PROUD of this woman!” Tyler wrote. “When you have been fighting your whole life to survive…it doesn’t just make you a survivor…it makes you a damn WARRIOR! I love you babe.”