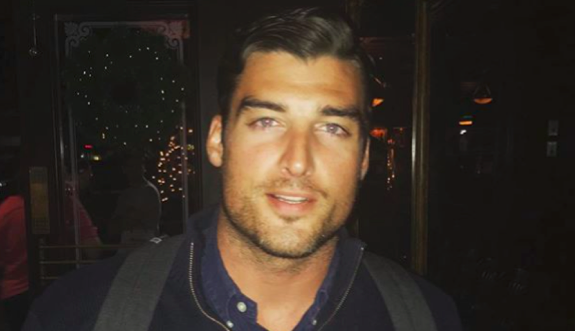 Bachelorette contestant Tyler Gwozdz has passed away at the age of 29.

The news of Tyler’s death, confirmed by E! News, comes days after it was revealed by TMZ that he had been hospitalized for at least a week following a suspected overdose.

Tyler, who competed on Hannah Brown’s season of ‘The Bachelorette’ last year, was reportedly transported to a hospital and admitted to the ICU on January 13 after Boca Raton officers and paramedics responded to a 911 call for a possible drug overdose.

Tyler remained in the hospital for a week and was listed in critical but stable condition, however, as of Tuesday he was no longer listed as a current patient in the hospital’s system.

According to TMZ, the woman who placed the 911 call told dispatchers the cause of the suspected overdose may have been heroin. She was reportedly frantically trying to get into the bathroom where Tyler had locked himself and eventually was able to get in and turn him onto his back before the ambulance arrived.

Fans of ‘The Bachelorette’ will probably best remember Tyler’ for nabbing the first one-on-one date with Hannah, only to mysteriously be sent home after Week 3. Tyler’s departure from the show was never explained, aside from Hannah saying that he “had to leave.” (This was suspicious because normally they would have exploited the reason for a guy’s sudden departure, but it was barely discussed.)

It’s a bird?! It’s a plane?! It’s a….🌹?? Tune in to ABC at 8/7c TONIGHT to find out what @alabamahannah is pointing at! #bachelornation #rose #bachelorette #abc

While Tyler’s appearance on the ‘Bachelorette’ was short-lived, he seemed to have made a lasting impression on his co-stars and remained close with a few of them.

Hannah has yet to comment publicly on Tyler’s death.