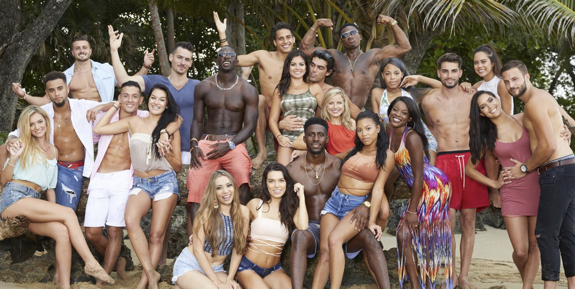 Are You The One? Season 5 is known by many as the only losing season in ‘AYTO’ history – something nearly half of the cast blames on production. However, controversies surrounding the season certainly don’t stop there.

In a new expose by The Daily Beast, Season 5 contestants told behind-the-scenes stories of a racist scandal they say production covered up, financial threats made by the producers and other shady actions that went down during their time in the Dominican Republic.

In addition, the show’s production company, Lighthearted Entertainment, is currently facing an investigation from MTV after Season 5 contestant Gianna Hammer told The Daily Beast last month that she was “drugged” by producers, who allegedly gave her an extra dose of her anti-anxiety medication while she was already “very intoxicated.”

Gianna alleged that producers didn’t intervene when she was sexually assaulted by a fellow cast member, despite a cameraman being present and filming the incident. 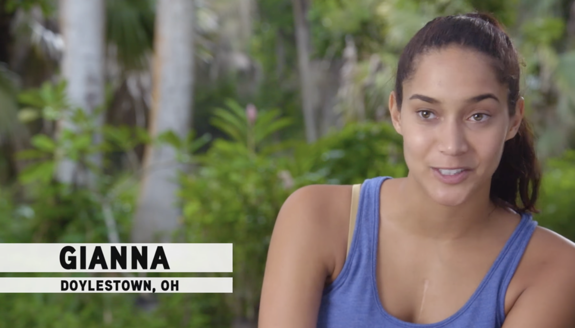 Rather than kicking the cast member off of the show, Gianna says producers allegedly convinced her to let the contestant remain in the competition and made her sign paperwork agreeing not to talk about the assault during filming.

Lighthearted Entertainment has denied Gianna’s allegations, though as a result of her claims, MTV has paused casting and production of the upcoming ‘AYTO’ season and Season 5 has been removed from streaming services.

In interviews released by The Daily Beast this week, other Season 5 contestants discussed a racist incident that was reportedly covered up by production. During the incident, contestant Carolina Duarte, who is white, allegedly said the N-word repeatedly in the face of contestant Derrick Henry, who is Black, despite cast members’ attempts to intervene. 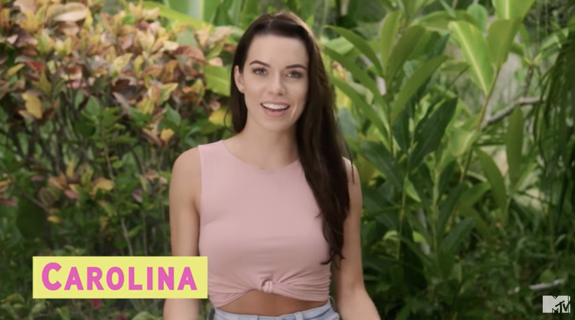 Carolina admitted to using the slur, though the she claimed she only said it once around Derrick, not multiple people. According to her recount to The Daily Beast, Carolina was intoxicated and trying to climb a bunk bed to do pull-ups when Derrick attempted to help her up, “touching her behind” in the process.

“I said, ‘Get off me n***a,’ I don’t know what I said it like that but where I grew up at the time we would call our friends our n***as and I’m guessing that’s why I said it,” she claimed in an email. “It was stupid and I was obviously very intoxicated so [I] didn’t think it through.”

Tyranny Todd recalls the incident going down much differently.

“She’s like, ‘Well, we say [that] all the time where I’m from, it’s nothing,” she claimed. “She literally was like ’N-word, N-word, N-word’ in his face. I’m Black and I take that very offensively. We were livid that we were so disrespected like that. [The producers] did nothing, they just made us be quiet, not talk about it. They were like, ‘Oh she didn’t mean it.’”

Michael Halpern remembered overhearing the incident as well, calling it “the most f**ked up s**t I’ve ever heard,” while Jaylan Adlam said after the blowup, Carolina came to him to gain some sympathy, but he said he didn’t want to hear it.

“I do regret saying it, obviously,” Carolina said. “Derrick was a good friend of mine in the house and I didn’t mean it in a derogatory way. My great-grandmother is actually half-Black and comes from a history in slavery so the last thing I would want is to come off racist, as I am not at all.”

Although many of the cast members were upset by what Carolina allegedly did, Jaylan said no action was taken and “nobody ever really mentioned that again.”

In a statement, Lighthearted Entertainment said ‘AYTO’ is a show of diversity that “aggressively fosters a culture of respect and sensitivity towards races and sexual orientation, both in front of the camera and behind it.”

The production company also claimed incidents during Season 5 in which cast members fell short of this standard “were dealt with and resolved by the Co-Executive Producer on set, an African-American woman.”

Carolina said she apologized to Derrick following the incident, and again last year. She also claimed producers did in fact intervene during filming by making her sleep in a separate bedroom because she was “also getting violent ‘cause I was very intoxicated.”

Despite this incident, Carolina went on to appear on the ‘AYTO’ spin-off, Are You the One: Second Chances.

While it certainly doesn’t compare to the racism and sexual assault that allegedly occurred during Season 5, contestants claim they also had to deal with producers deducting from their $2,400 stipend for minor infractions. (Each of the 22 singles were set to receive this stipend in addition to any prize money won during the season.)

“They held that money over our head at all times,” Jaylan said. “That was really kind of like, ‘You essentially better listen to us or else we’ll take your money,’ which [happened] to a lot of people.”

Jaylan said producers threatened to dock his stipend after he spat out some food during a competition, while Tyler O’Brien claimed his $2,400 was decreased once for using objects in an attempt to figure out perfect matches. On another occasion, Tyler said he was threatened with a $500 fine after telling some of his cast mates that he believed producers were trying to make them lose.

“We got money off for little things,” Hannah Fugazzi added. “Some people left with almost nothing.”

Jaylan questioned producers’ decision to issue fine contestants over minor infractions, while the alleged perpetrators of a sexual-assault accusation and racist incident didn’t face any repercussions for their actions.

“ … There should have been some kind of punishment for that,” he said. “Why is a sexual-assault accusation and a racial accusation not a bigger deal? That doesn’t really add up, like, ‘We’ll excuse racism and sexual assault, however you go in that ‘Boom Boom Room’ and not hook up, we’ll take money away.’”