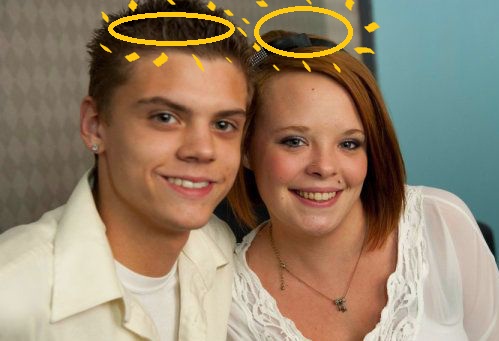 Teen Mom stars Catelynn Lowell and Tyler Baltierra are arguably the cutest couple on Earth (or at least in reality TV land). Despite the fact that both are products of less-than-stellar homes and less-than-stellar parents (Tyler’s dad is currently in jail), they’ve managed to overcome so many obstacles and become very good people and productive members of society.

Tyler and Catelynn took a trip to Tennessee last week to help girls who had made the decision to put their babies up for adoption! How wonderful is that? He recently tweeted about the experience:

This is not the first time Catelynn has helped girls in need. She has actually gone to the hospital to help girls who have just given birth and are giving their babies up for adoption! Girls who have no support from their families or baby-daddys have contacted her via social networking (or perhaps their website?)  and asked for help, and she’s gone to the hospital to help them through it. She talked a little bit about this during her recent appearance on Dr. Drew‘s HLN show, but didn’t go into great detail about it.

The Ashley seriously wants to give this girl a hug and thank her for turning her own incredibly hard situation into something positive.

Speaking of Dr. Drew’s HLN show, it looks like the Teen Dads will get their chance to appear very shortly. The good Doctor is not stupid; the “Teen Mom” episode probably brought high ratings, so Dr. Drew has decided to ask some of the male stars of the “Teen Mom” series to come on and talk about their new found fame. Gary Shirley announced on Twitter that the show will be taping in two weeks (he has since taken the tweeet down, damn MTV).

Some of the Teen Dads rumored to be attending the taping: Tyler, Gary and Chelsea‘s hated beau, Adam.

Can’t wait! My TiVo is set!