Gather ’round, kiddies! It’s time for another installment of Teen Mom Frequently Asked Questions. The Ashley gets asked a ton of questions regarding the ‘Teen Mom’ shows, so every once in a while she likes to answer some of the most frequently asked ones. The following questions were submitted to The Ashley via The Twitter, Facebook or emails and she did her best to find out the answers for ya’ll.

On with the show…

Question: Why can’t the Teen Moms talk about some topics?

They are all under very strict contracts with MTV that prevent them from revealing anything that could later be important to their plot line on the show. Think about it: if you knew everything that was going to happen, would you still watch the show? (Wait, we have no lives so of course we would!) Anyway, MTV doesn’t want the girls giving away all the “good stuff.” They are limited as to what they can talk about. They each have their own producers so they each have their own set of rules of what they can or cannot talk about or do. This is why some of the girls can talk about their relationships, for example, and some cannot.

The people that appear on the show with the girls (such as their friends and family) also have to sign confidentiality agreements with MTV.

Question: How much do the ‘Teen Mom’ girls actually make? 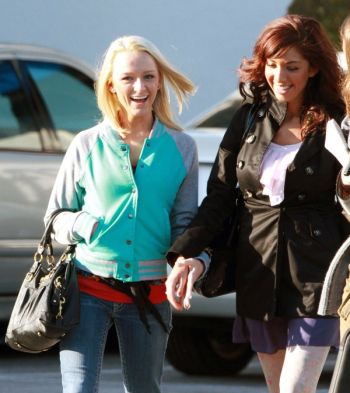 Answer: This is something that The Ashley gets asked all the time. She’s the first one to admit that she has no idea. People seem to be obsessed with finding this out. Anyway, the girls are under strict contract with MTV and are not allowed to reveal anything in relation to their contracts, especially regarding salary. (This goes for the ’16 & Pregnant’ girls as well. No one is allowed to talk money.)

Last year, Amber Portwood was forced to make some revelations regarding her salary during a court hearing. She told the judge she made $140,000 for a six-month contract with MTV…that’s $280,000 a year! However, don’t hold this as the absolute truth.

Leah Messer’s best friend, Amy, addressed this issue on her Formspring, telling a fan who asked if MTV is generous with the compensation they pay the Teen Moms.

Question: Did Farrah’s Parents Ever Get Divorced? 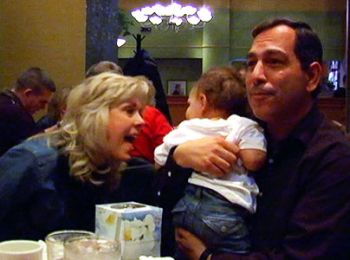 The epic love story that was Michael and Debra is over…dry your tears.

Answer: Yes. They got divorced but they are still living together, from what I last heard. Anyway, Farrah’s sister, Ashley, confirmed the divorce to The Ashley via the Twitter.

Question: How often do the girls film for the show?

Answer: It varies, according to multiple source that The Ashley has spoken with. They usually come every few weeks, unless there is something going on in the girls’ lives that would warrant them being there (such as a birthday party or big event that ties in with their story line.)

Answer: Yes and no. ‘Fake’ isn’t exactly the correct word for it. Sometimes things are “recreated” if an event that’s crucial to the plot line was not captured on film. I know that sounds horrible but, trust me, it happens all the time on reality shows. This happens on both ’16 & Pregnant’ and the ‘Teen Mom’ shows. (Christinna’s episode from Season 2 is a good example of this.)

Question: Are Leah & Corey still together? What about Amber & Gary, etc.? Do you think they will ever get back together? 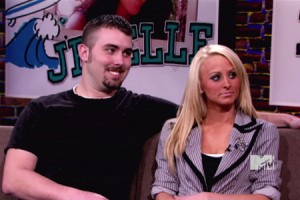 Answer: Sometimes I think we care more about the relationships of the girls on this show than our own relationships. (Get off the computer and go hug your boyfriend or husband! The Ashley should probably take her own advice.)

Anyway, as of today here are the statuses of the ‘Teen Mom’ relationships that The Ashley gets asked about the most often:

Click here to see The Ashley’s first installment of ‘Teen Mom’ Frequently Asked Questions. (Just keep in mind that it was written over a year ago so some of those questions were answered on the show!)

Got more questions you’d like The Ashley to find the answers to? Send it via The Twitter !