Happy Valentine’s Day, my lil’ reality TV lovers! In honor of this special day, The Ashley decided to write about a gal all of us Teen Mom 2 fans just love to pieces—-Jenelle Evans‘ mother, Barbara!

At the end of each season, The Ashley likes to reflect on all of the funny things that Barbara says, and put them together to make a montage to honor the best Barb-isms! To read the Best Barb quotes from Season 1, click here. For Season 2, click here.

Our gal Babs never fails to deliver when it comes to zingers and one-liners. Her “lil’ bitch of a daughta,” Jenelle is always managing to get herself into trouble, and Barb is always quick to launch a zinger at her when commenting on her behavior!

What ‘Teen Mom 2’ fan wouldn’t want to hear a knock at the door and see Babs standing on the other side with “the baby!?” Babs squawked this memorable phrase when she and Jace came over to one of the many new houses Jenelle moved into during the third season.

9. “Oh he’ll pay child support. He’ll pay because he pays that to me.”

Babs got all “Godfather” when she began to discuss how she planned to extract child support payments from Jenelle’s deadbeat baby-daddy, Andrew. Her normally high-pitched shrill was replaced by a sinister cackle, and sheer determination caused her eyes to gleam as she gleefully proclaimed that she was going to her money!

Although this wasn’t one of the funniest quotes of the season, it makes the list solely because it literally almost made The Ashley pee her pants when Babs said it. Jenelle is stomping through the house, yelling that it was “an unfit living environment” for Jace when all of a sudden Babs appears out of nowhere, yells “Bullsh*t Juh-nelle!” and then leaves. Ah, classic Babs!

7. “He pees on the rugs, that’s what he does for God sakes! He likes to see himself pee on the rug!”

I mean, who doesn’t like to see themselves pee on the damn rug?! Babs cackled this when she caught Jace urinating on her favorite rug. (I’m sure ya can always get anotha one from the swapmeet, Babs! Don’t worry!)

Oh, Babs. You made me absolutely delighted when you mistakenly called Jenelle’s favorite singer, Kesha, by the wrong name. However, I think that Kesha should definitely consider going by “Kesher” from here on out! I mean, it’s at least better that her putting that stupid dollar sign in her name!

In the world of Babs, when your “bitch of a daughta” is having trouble kicking her drug habit, the best thing for her to do is to participate in a 12 stop program, not a 12 step program. Barb was discouraged when she heard that her daughter refused to stop smoking “the weed.”

Babs fails to hold back her emotions after finding out that Andrew is Jace’s father. Instead of trying to make the best of the fact that both of Jace’s parents are general failures at life, Babs just says what all of us have been thinking since Season 1: that poor Jace doesn’t have a shot! 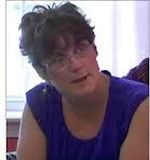 Once again, Jenelle has gotten herself into trouble, and Babs has had it up to her curly bangs with her daughter’s hi-jinks! She refuses to go bail her out of jail because, as Babs puts it, Jenelle brought it on herself because she just couldn’t stop smoking weed…weed..weed..and more weed. 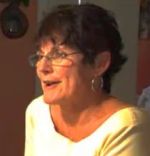 Babs gets the genius idea to put itching powder in her cheating boooooyfriend’s clothing, in hopes that he will think that his new sweetheart has given him “the crabs.” She hopes, in turn, that when the new girl sees Mike itchin’ and scratchin’ she will dump him because she’ll think he has “the crabs!” What a plan! It must have worked because Babs manages to get her man back!

What was your favorite Barb quote of the season? Leave it in a comment below!