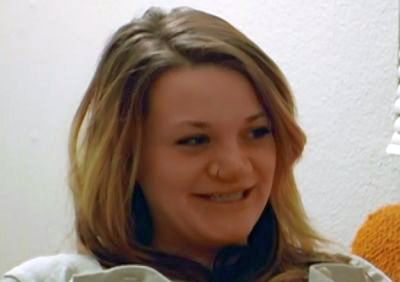 Monday night served us up with a double helping of 16 and Pregnant, with episodes featuring Courtney Ames and Savannah Mooney airing back-to-back. While Savannah’s episode was very, um, entertaining, it was Courtney’s episode that really got fans on Twitter and Facebook talking.

Courtney’s episode centered around her reluctance to “do the deed” with her live-in boyfriend Scott, even though she was already pregnant.

Fans were left with quite a few questions after the episode aired and many were curious to see what’s happened to Courtney, Scott, and their son, Dayton, since the episode was taped. On Monday night, Courtney took to her Facebook page to answer fans’ questions about her episode.

Are Courtney and Scott still together? Are they still not having sex?

They are still together, and will be getting married next month, according to Courtney.

“We are still going strong!” she told a fan. “[We are abstaining from sex] until we get married.” They are still staying in separate bedrooms in their apartment.

“Sex is a very important thing to me… that’s why I’m waiting till I marry Scott,” she said in another comment. “It’s very hard to not give in and I understand that it’s even harder for him and I always tell him how good he is doing and thank him.”

Is Scott doing a better job of helping to raise Dayton? Does he at least hold him now?

Thankfully Scott, who at one point during the episode told Courtney it wasn’t very “manly” to be holding a baby, has stepped up and become a better father to Dayton.

“Scott’s a good daddy and is getting much better,” Courtney said. “Him and Dayton have a great relationship now! It just took him a while to come around!”

Another comment made by Courtney makes us wonder if MTV edited the footage to make it appear that Scott was worse than he actually was in terms of taking care of his son.

“Scott has helped since day one however he still doesn’t change the diapers but i don’t mind that,” she said. “He spends more time with Dayton now!”

What has Courtney been doing since the cameras left?

Other than obviously staying busy taking care of Dayton, who just turned six months old, Courtney has made great progress in terms of her future. She told a fan that she has graduated from high school and is currently enrolled in cosmetology school.

How is Dayton’s cleft palate?

Little Dayton is doing well, although he will have to have a surgery in August to fix his cleft palate. Courtney said she was happy to be able to share her story about dealing with this birth defect.

“I love when people can relate to my story!” she said. “It’s a common thing and I think people should know about clefts and other birth defects!”

Courtney, who was born with a cleft herself, said she was relieved to find out that her son’s cleft was not as bad as hers was when she was born.

“Our first reaction was ‘It’s so minor!'” Courtney said of seeing Dayton’s cleft for the first time. “We thought it was going to be worse but it’s so tiny thank God!”

Still, she said she fears her son will be bullied for having a cleft lip.

“I’m scared he will be teased but I know it’ll only make him stronger!” she said.

Nope. She confirmed this on her Facebook fanpage, so if you are “following” her on social media, it is a fake page.