Here, The Ashley brings you some updates on the Season 1 cast! 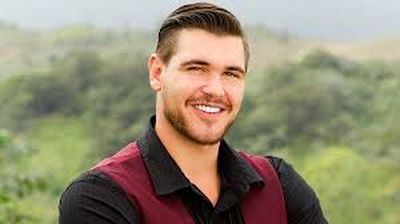 Chris Tolleson is a hero!

Just weeks after the final episode of ‘Are You The One’ aired, Chris Tolleson saved a man’s life! Chris and his friends were driving in Virginia Beach, Virginia, when they came across a car that was on fire, after the person driving it had struck a tree. The guys managed to pull the unconscious passenger from the car, despite the fact that the tree was blocking his exit. According to TMZ, Chris and his friends rescued the man just in time.

The man they rescued suffered “serious injuries,” according to TMZ.

Chris Scali is dying to be on The Bachelorette

Chris didn’t find everlasting love on ‘Are You The One’ but, according to a production source, he has his heart set on joining another dating show– The Bachelor. According to the source, Chris is dying to get himself on the ABC dating show and keeps applying.

In fact, The Ashley tracked down an audition tape Chris sent in to apply for ‘The Bachelor’ a few years back. Click here to watch it!

There’s More ‘Are You The One’ Fun Coming Soon

Ethan Diamond proposed to his “perfect match” Amber Lee on the reunion finale and Amber, who is pregnant with Ethan’s child, accepted. As we all know, MTV loves a good baby special, so they will airing a one-hour special highlighting Amber’s pregnancy. The special, which is slated to air on Monday, September 29, will include footage of Amber’s baby shower, which took place in Los Angeles earlier this week! Amber is due to give birth in December.

In addition to the Baby Special, another season of ‘Are You The One’ is in the works! The new season, with a fresh new cast, will premiere on October 6. Expect to see the Season 1 cast make cameos throughout the second season, a production source tells The Ashley.

UPDATE (12/21/14) Amber and Ethan welcomed their baby yesterday! Click here for all of the details and to see their first family photo!

When this story was first published in July, it contained some information about cast member John “JJ” Jacobs that The Ashley has since found to be false. The article erroneously stated that JJ had been cheating on his girlfriend, which was not true. The sources that spoke to The Ashley about this had created an elaborate hoax in hopes of hurting JJ’s girlfriend at the time for their own personal (and creepy) reasons. The Ashley sincerely regrets any harm that the article caused JJ and his girlfriend.