After over a decade of dating, two kids and a TV show, Teen Mom OG stars Catelynn Lowell  and Tyler Baltierra are finally married! The couple just tied the knot today at Castle Farms in Charlevoix, Michigan– and The Ashley has all the details!

Catelynn and Tyler, who met in seventh grade and have basically been in a relationship ever since, have been eagerly awaiting their big day, often sharing some of their wedding planning with ‘Teen Mom’ fans.

Who attended: Both of Cate and Ty’s daughters, Nova and Carly, attended the wedding, as well as Carly’s adoptive parents, Brandon and Teresa Davis. Also in attendance were the couple’s fellow ‘Teen Mom’ stars, Maci Bookout, Taylor McKinney (as well as Bentley and Jayde), Amber Portwood and her fiance Matt Baier and Kail Lowry. Tyler’s father, Butch Baltierra, was recently released from prison and able to attend the affair as well!

Many of the ‘Teen Mom’ producers including ‘Teen Mom’ Big Boss Morgan J. Freeman were there, as was the couple’s adoption counselor, Dawn Baker.

Who didn’t attend: Farrah Abraham wasn’t invited to the wedding, which is no surprise, given that she has a strained relationship with the couple. ‘Teen Mom OG’ star Gary Shirley didn’t attend, and neither did the other ‘Teen Mom’ franchise girls– Leah Messer, Chelsea Houska and Jenelle Evans.

Rehearsal: The couple kicked off their wedding festivities last night with a rehearsal (that was, of course, filmed for the upcoming season of ‘Teen Mom OG’). After that, Catelynn and Tyler and their friends and family headed over to a nearby restaurant for a rehearsal dinner.

Clothing: Tyler posted a photo of him in his tux, standing next to a very dressed-up Butch.  Catelynn wore a strapless, fitted ball gown made of lace with small sleeves. Catelynn wore her hair down and carried a bouquet of red, white and gold. Catelynn’s bridesmaids wore red, while all the groomsmen wore black tuxes with red trim.

Decor: The reception hall is reportedly dripping with elegance. The couple went classy with their decor, using lots of candles, green moss and ribbons. A harpist played live music for the guests at the reception.

Ceremony: The couple’s ceremony took place outdoors and was reportedly non-denominational. Catelynn’s father, David Lowell, and her mother, April, walked her down the aisle. They married in front of a castle adorned with greenery and red flower bouquets. The couple wrote their own vows.

“Tyler’s vows were incredible!” one guest tells The Ashley. The guest added that Nova was part of the ceremony. (She was pulled in sitting in a wagon!)

Reception: Guests were treated to a plentiful American-style buffet and had fun in the photo booth. Catelynn danced with her father, David, during a special father/daughter dance, and Tyler danced with his mother, Kim, to James Taylor’s “You’ve Got a Friend.” The Ashley’s wedding guest source says that Tyler and his mom were crying during the dance.

Tyler and Catelynn also had the opportunity to dance with their oldest daughter, Carly, at the wedding. Click here to see photos of that adorable moment!

See photos of the festivities below! (Click the thumbnail to enlarge the photos.) 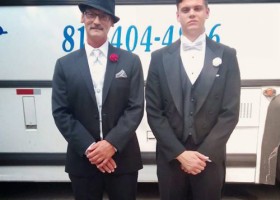 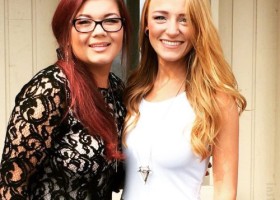 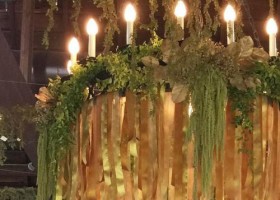 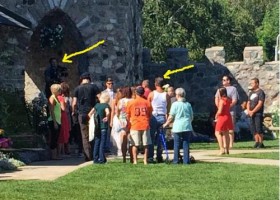 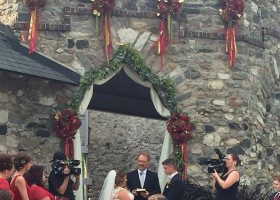 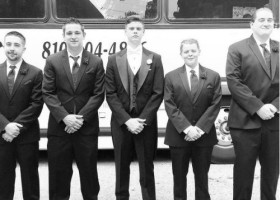 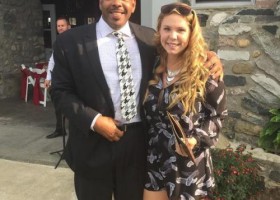 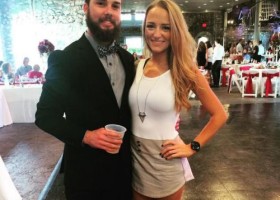 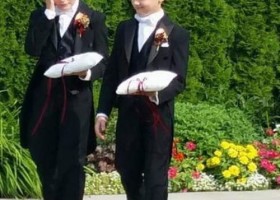 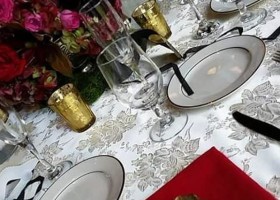 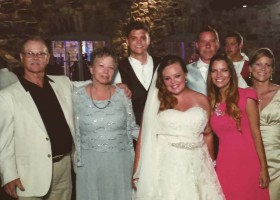 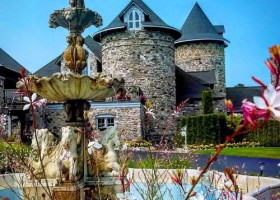 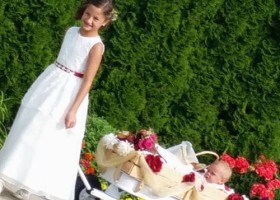 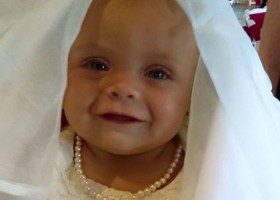