Chad Dean may be one of the most-memorable people ever to appear on TLC’s My 600 lb. Life, but he’s also one of the show’s biggest success stories. Since appearing on the show in 2016 during Season 4 (with a starting weight of about 700 lbs.), Chad has managed to keep off the 400 pounds he lost— and has written a new memoir about his experience.

The book, I’m in Here Somewhere: Memoir of a Food Addict, was released last month. Chad tells his story to author Celeste Prater with his signature humor. (He was, after all, the guy who, during his episode, said “The board game most closely resembling my life is CandyLand. I would eat anything and everything I wanted, whenever I wanted.”)

“[Chad’s] greatest hope is that others may learn from his mistakes, recognize their own decline into addiction, and pass on the knowledge to others that are still in gripping denial,” the book’s description reads. 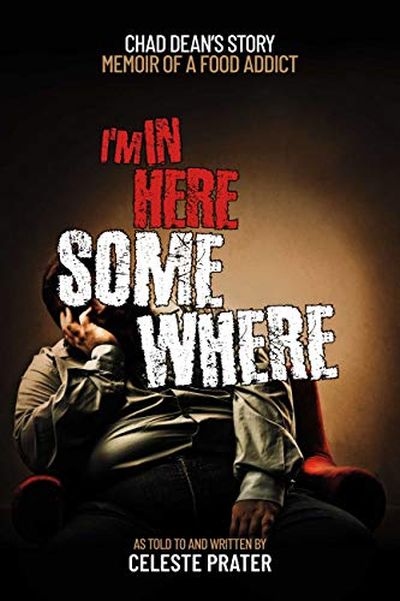 The Ashley caught up with Chad to discuss his new book, and how being on a reality show ultimately saved his life.

What made you decide to write a memoir?

“By the time my follow-up episode aired, I’d gathered a pretty large following on Facebook,” Chad said. “Soon, I began receiving messages[from fans who said] that they would love to know more about my life and that I should write a book. I didn’t know the first thing about writing or how to get published, so I just told them that I would think about it.”

Viewers often told Chad that he inspired them to get healthy.

“That motivated me to spill out my life in the hopes that I can inspire at least one more person to save their own life like I did,” he said. “My greatest hope is that someone will recognize their issues and stop from ever tipping over into morbid obesity.”

Is this a “tell-all” book about your experience on ‘My 600 lb.’ Life?’ Can we expect juicy details about the show?

“Not in the least. I give insights to other things occurring with me and [my wife] Ayesha during that time period, but it doesn’t offer up any behind-the-scenes inner workings of the show,” Chad said. “So, if you’re looking for any dirt on the production company or TLC, then you’ve come to the wrong place!

“This book reflects my respect for those two organizations, and especially Dr. Now,” he added. “Without them I would be dead. Slinging mud is not the intention of this book.”

What will people learn from reading this book?

“I wanted to show the world how easy it is to become ‘blindly obese,'” Chad said. “As my story unfolds, I’m analyzing myself and pointing out all the missed moments where I should’ve come to my senses and stopped myself from ever reaching the size you see when I began the show. I wanted to find the ‘why’ of the nonsense I heaped on myself.”

Many people who go on weight-loss reality TV shows end up gaining the weight back, or being unable to lose weight. You’ve managed to keep your weight off for several years. What advice can you offer to those who are fighting a weight issue?

“I’m not referring to those that have a true medical issue, but to those with a food addiction like mine: Quit allowing yourself to fall into the trap of excuses and denials of your problem,” Chad said. “You’ll see this throughout my book. I blame no one but myself for reaching that massive amount of weight.

“Mine was an extreme case; however [being] even 40-50 pounds over[weight] is leading to, or already causing, internal issues,” he said. “I wrecked my spleen and liver, which are now thankfully recovered. Every day I thank the stars that I didn’t annihilate my heart. Think about the stress to your ligaments and bones. Yes, it’s hard to change your lifestyle, but it’s even harder to try to recover what you’re steadily destroying day by day.

“Ignore your desire to turn a blind eye to reality,” he advised. “Trust me—it’s not fun to pay the piper later. Yes, I survived, but I have scars on the inside and out. Stop the cycle now…and live!”

Chad’s book, I’m in Here Somewhere: Memoirs of a Food Addict, is available now in print here, or as an eBook from various sellers including iTunes, Barnes & Noble and Google Play.