Jenelle Evans and David Eason are currently in a court battle for custody of their kids, and it’s going to be a loooong day.

The Ashley‘s sources tell her that the former Teen Mom 2 stars have been at the North Carolina courthouse since Thursday morning, and the court hearing is ongoing.

The Ashley is aware that TMZ posted a video showing Jenelle and David leaving the courtroom without the kids. While the site implies that the Easons lost their case and left childless, The Ashley’s sources tell her that’s not the case at all.

“The court hearing is still happening,” the source tells The Ashley. “Everyone was on a break for lunch, so that’s the time the video was shot. It is not over and nothing has been decided.”

TMZ showed a photo of two kids with blankets over their heads, sitting in a CPS car. The Ashley’s sources tell her it was Ensley and Kaiser in the car, but they were not being carted away. They were simply getting them out of the courtroom and keeping them entertained while the proceedings were happening.

As The Ashley told you Wednesday night, there will be many visitors attending the hearing today, including Jenelle’s mom Barbara Evans, her baby daddy Nathan Griffith and David’s first baby mama, Whitney Johnson (or someone representing her).

“The court is handling each kid’s case, one at a time,” the source said. “This will take a long time and there’s a good chance that nothing will actually be decided today.”

UPDATE #1: The Ashley’s sources inform her that Jenelle has been informed (at some point over the last few days) that CPS will allow her to have custody back of her kids, on the condition that she is no longer living with David (while the investigation is happening). Jenelle would have to move out of the home she shares with David, or David would have to leave in order for Jenelle to have the kids returned to her care. Jenelle is not under investigation at this time. However, this was true before the custody hearing started. Whether or not things will change following the testimonials remains to be seen.

UPDATE #2: As of 5:10 p.m. EST, Jenelle and David’s car is still parked out in front of the courthouse, so they are still inside the courtroom.

UPDATE #3: Jenelle and David were seen exiting the courtroom around 5:20 p.m. EST. They left together and no reporters were left at the courthouse to bother them.

They did not have any of their kids with them.

The Ashley’s spy reports that “David looked angry and was throwing his hands around as he talked to Jenelle on the way to their car.”

The Ashley’s sources tell her that the court hearing was continued until tomorrow.

During today’s hearing, the CPS case worker had to report her findings for the court, and she has reported some disturbing stuff. Each child’s case is being handled separately, so the hearing could take a while to get through.

The Ashley can confirm that Barbara, Nathan and David’s ex-wife Whitney Johnson (who is the mom of David’s daughter Maryssa) were all at the hearing today, just as The Ashley told you yesterday they would be.

The kids will remain where they were last night (with their temporary caregivers) for the time being.

Check out the exclusive photos of the Easons leaving the court without their kids below! 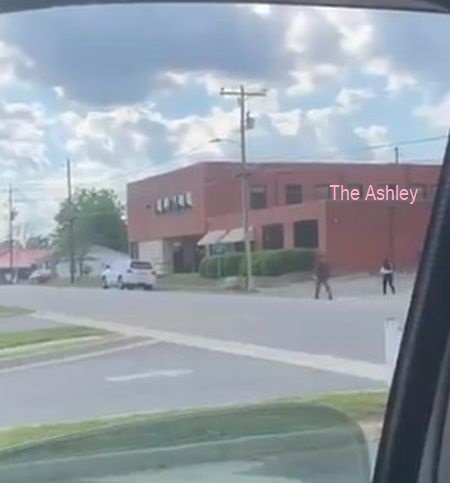 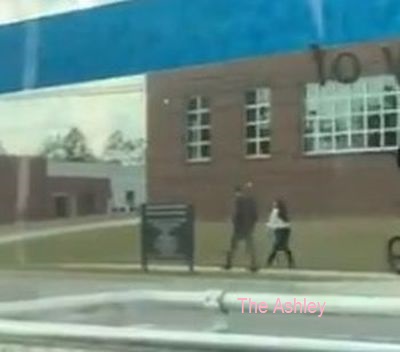