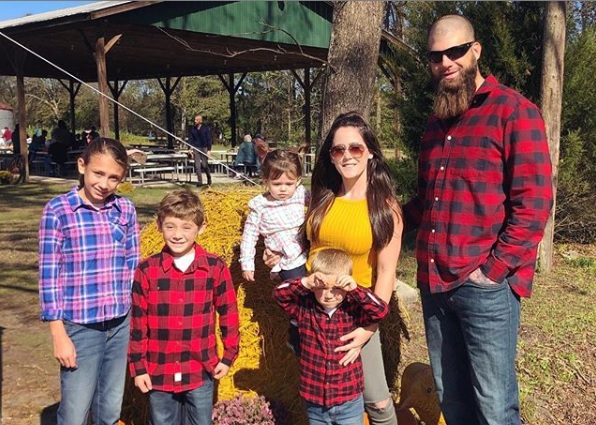 David Eason and Jenelle Evans‘ battle to regain custody of their children ended abruptly and unexpectedly on Wednesday. The Ashley can confirm that the judge has dismissed the case, and ordered the Easons’ children be returned to them immediately.

“The kids will all be back with Jenelle and David by tomorrow, most likely,” The Ashley’s source said.

The source tells The Ashley that the new judge in the case stated in court that she “did not see evidence of neglect” on Jenelle and David’s part.

“Despite everything [David’s daughter] Maryssa said on the stand in regard to the [alleged] abuse and [alleged] substance abuse, and some of the kids’ teachers taking the stand, and the release of 911 calls, including ones that have not been made public, the judge still dismissed the case,” the source added. “There was a particular recording played in court that was especially damning and helped Jenelle and David’s case.”

The source stated that Jenelle and David obtained an old recording of [David’s ex-wife] Whitney saying Maryssa was a good liar. (It was not given to them by Whitney, though.)

The Ashley wants to clarify that this was NOT the only thing that led to the case being dismissed.

Jenelle broke the news before The Ashley could even report it, tweeting out, “Case dismissed” and “Crying in tears of joy.”

David immediately hopped on Snapchat to report, “Yes the kids are coming back. Stay tuned.” 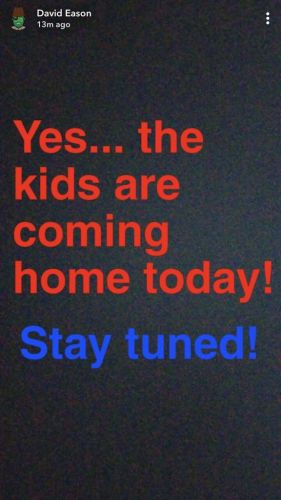 The Ashley’s source tells her that all of the lawyers associated with the case, including the ones with CPS, are appealing the case. However, all of the kids, including Maryssa, who testified against her dad and stepmom, will be heading back to The Land by tomorrow.

UPDATE: the Ashley hears that David and Jenelle picked up their daughter Ensley from the home of Jenelle’s mother, Barbara, on Wednesday night.

UPDATE #2: In a statement to clickbait tabloid Champion Daily, Jenelle basically confirmed the details that The Ashley provided earlier on Wednesday about the case being closed.

“[The judge] didn’t find any evidence against us of neglect or abuse of any sort,” Jenelle told the site, adding that the teachers of Kaiser and Ensley testified.

Jenelle confirmed that the ex-boyfriend of Maryssa’s mother, Whitney “gave insight on a recording of Whiteny that [said] Maryssa will always remain ‘loyal to her mom’ and that Whitney claimed ‘Maryssa was a good liar.'”

“With everything that was presented as evidence, the judge found that CPS only had ‘hearsay,'” she said. “What CPS presented didn’t stand up to the definition of abuse or neglect.”

Jenelle claimed that, “when the judge said her decision it was so ‘matter-of-fact’ tone and blunt that I was in shock but bursted out into tears immediately!” and that she and David “immediately began to huge each other while I was crying.”

Jenelle confirmed The Ashley’s report that all of the children will return to The Land, even Maryssa.

“David has full primary custody,” Jenelle said, adding that Maryssa will be allowed to visit her mom, Whitney, every other weekend.

Kaiser will return, and Nathan will go back to have supervised visitation, even though he cared for Kaiser unsupervised for nearly two months during the custody case.

The only kid who will not return to The Land will be Jace, whom Barbara has full custody of. Jenelle stated, though, that she will be getting Jace “every other weekend,” as well as a two-week visit on school breaks.

Jenelle stated that her mom was “glad to give me back Ensley. I guess she is a handful for my mom.”

“I’m extremely overwhelmed that it’s over and didn’t expect it to be,” Jenelle stated. “I thought I would have to go another holiday without my kids and I don’t! I feel blessed…I missed it so much and [am] so glad to have that back. It’s been too quiet around here.”

She then stated that she is now planning to try to get full custody of Jace, and that she and David have been enrolled in “Parenting Classes and Substance Assessments.”

“David completed an anger management course and I have completed a doimestic violence class,” she said. “This was not asked of us by the judge but simply because we thougth it could only make us be stronger people/parents.”