In addition to his ongoing custody battle with ex-boyfriend Gage Edward, Jeff Lewis has revealed another battle he’s been facing.

According to Radar Online, the former Flipping Out star revealed this week on his SiriusXM radio show Jeff Lewis Live that he’s been “leaning on alcohol” to cope with “everything that’s been happening over the last 24 months” — referring, of course, to he and Gage’s breakup and custody fight over their daughter Monroe.

“I feel like over the last two years, I have been leaning on alcohol,” Jeff said. ” … Last night, I made a commitment to myself that I was gonna go one night without having a drink and I didn’t do that and now today, I’m beating myself up with guilt.”

Jeff went on to admit that he uses drinking as a way to help him to numb the pain, handle stress and relax, noting that “it’s become a routine, frankly.” He also revealed that he becomes nicer and “so happy” when he drinks.

As to how he plans to work through his struggles, Jeff said removing all of the alcohol from his home would likely cut his consumption by “like 60 percent” because he tends to drink at home alone. However, he admitted it was “scary to think [of] cutting it all out.”

Jeff took a moment later in the episode to acknowledge how huge the announcement was for him.

“I just admitted I was a functioning alcoholic,” Jeff said. “This is a big show for me.”

Jeff’s honesty was commended by some of his listeners on social media who called the revealing episode “a teaching moment.”

“The best show today! Proud of your courage to be honest with yourself,” one listener commented, while another said what he did “takes a lot of strength.”

On the flip side, other listeners showed concern about Jeff’s decision to come clean while in the middle the custody battle with Gage.

“Great show today, hope Gage doesn’t use it against you,” one person commented. 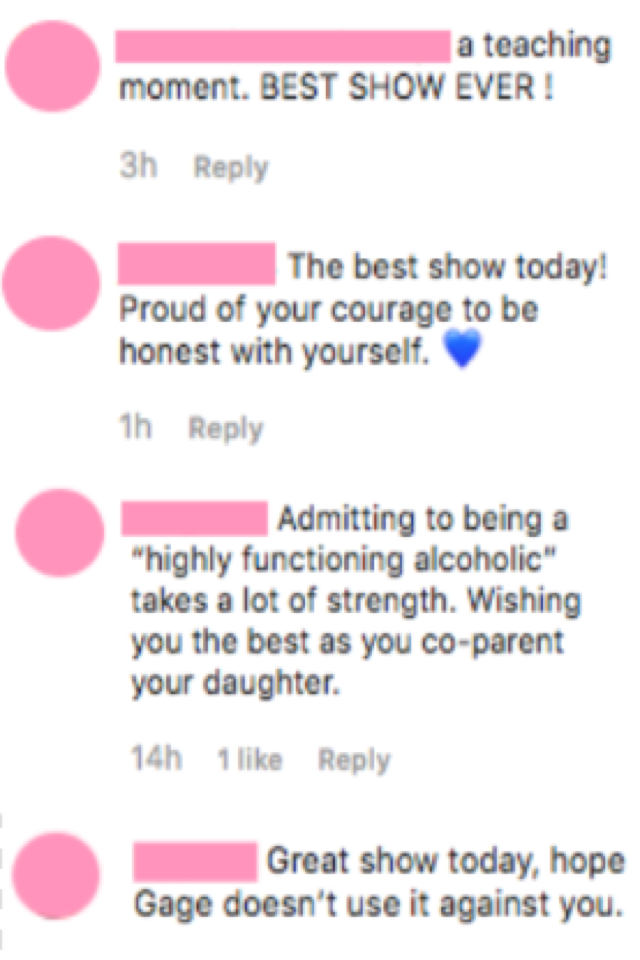 As The Ashley told you last month, Jeff revealed to his listeners that he had cut off communication with Gage and banned him from speaking to any of his Jeff Lewis Design employees. Though the couple managed to come to a temporary custody agreement in August, Jeff said in October that their agreement had fallen through and things were once again rocky between the co-parents.

“I have begged him to try to work this out together, but what happens is, sometimes, in all honesty, I feel like I’m co-parenting my child with a child,” Jeff said at the time. ” … On Sunday, I literally put my face in my hands and thought, ‘This guy is going to torture me for the rest of my life. I’m a prisoner.'”

Hear Jeff talk about his relationship with alcohol below.

RELATED STORY: Jeff Lewis Cuts Off Communication With Ex Gage Edward & Bans Him From Speaking to His Employees at Jeff Lewis Design