When Tori Deal announced in November that she and fiancé Jordan Wiseley were ending their engagement, the star of The Challenge star asked her followers to let her “heal in peace” and didn’t seem to want to discuss the breakup. Now, two months later, though, it appears that her feelings have changed.

Tori recently appeared on The Chicks In The Office podcast, talking extensively about her split with Jordan. She also told the podcast hosts at one point, “What people don’t realize is that me and Jordan were on the rocks for a lot longer than people know.”

After seeing Tori’s interview, Jordan jumped on Instagram Stories to let his followers know he was not happy that Tori chose to do an interview about their relationship and breakup. He also revealed that he was surprised by some of the things Tori revealed.

Other juicy tidbits Tori revealed in the “disappointing” interview, include that she and Jordan had broken up “before ‘The Challenge.'” (We can assume she means before she left to go film “Double Agents.”)

“We had broken up before [I went on] ‘The Challenge’ for a little bit,” Tori said. “I really, really begged him to stay with me. I was like, ‘Let’s try to work it out.’ And we had this moment where we were like, ‘All right, I’m going to go on the show, you’re going to stay home. Let’s see what happens, let’s see if this distance will help us.’”

(As the show’s fans have seen, Tori became close to her co-star Fessy Shafaat while filming “Double Agents.” Although recently aired footage made some fans think that Fessy and Tori hooked up during the filming of the season, Tori has denied ever cheating on Jordan.)

Tori said that the stress of dealing with COVID-19 also hurt her relationship with Jordan.

“COVID was really hard on us,” she said. “We were fighting all the time. When we lived with each other, we were just on top of each other. So it was a big step back from that stress.”

Tori said that shortly after returning from filming ‘Double Agents,’ she and Jordan actually broke up.

“It was pretty much the week after,” Tori said. “We didn’t publicly announce it for months. There was a lot going on and there was a lot going on emotionally. We were just trying to protect ourselves. We knew people were going to take our stories and just f**king say whatever they wanted to say about it. We wanted our relationship to have a little more respect than that, because it was real. We knew people were going to say it was fake or whatever.

“We were both really going through a lot of pain [after that split],” she continued. “Like, it’s been a struggle…I think it looks like I got passed it quickly to the viewers, because of the announcement and then me living, but you have to understand the timeline is completely different.”

(By “me living,” Tori may be referring to being photographed on vacation with Fessy, six days after she and Jordan announced their split.) 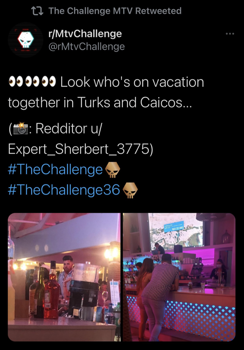 “I was dealing with feelings of possibly breaking up since it first came about back in June,” Tori said. “I was going through so much and nobody even knew, and so was Jordan. It was both of us. Both of us were torn at the heart. We were like, ‘Damn, we had this beautiful little love. Where did it go?'”

Tori said it’s easier for her to talk about the split now, since she’s had months to heal from it.

“It still hurts. How can you ever really get over—I thought I was going to marry him, really,” she said.

Click here to listen to the full podcast episode!