Other Shows, The Challenge/Real World, Video-a-Polooza
March 25, 2021 by Chelsea
5

Johnny Bananas is adding another hosting gig to his résumé.

The longtime star of The Challenge, who began hosting NBC’s 1st Look in 2018, will host Celebrity Sleepover, a four-episode show, premiering April 3 after Saturday Night Live.

While ‘1st Look’ viewers are used to seeing the ‘Challenge’ vet traveling around the globe and exploring the best places to eat, drink and play, ‘Celebrity Sleepover’ doesn’t even require the host (or guests) to put on real clothes.

“As my fans know, I’m always up for a good challenge, and talking to celebrities from the comfort of my living room and theirs, was the perfect distraction during my time at home,” Johnny told NBC. “This show has everything – it’s fun and it’s like nothing else in late night – and it’s PJ-rated. Who else can say that!”

To put the “celebrity” in ‘Celebrity Sleepover,’ Johnny will have a lineup of guests joining him on the new show, including Real Housewives of Atlanta star Cynthia Bailey, actress and TV host Tiffani Thiessen, Sammy Hagar of Van Halen, chef Anne Burrell, comedians Kerry Coddett and Margaret Cho and more. 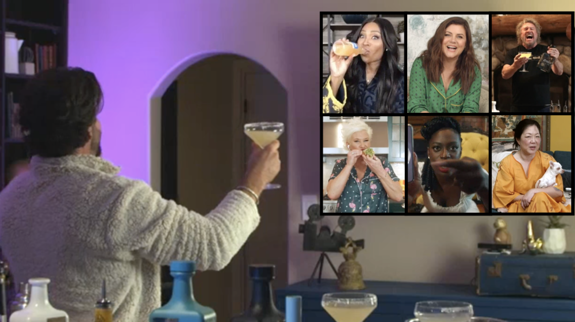 Johnny will also get back to his MTV roots by welcoming stars from The Challenge All-Stars and the original cast of The Real World: New York.

‘Celebrity Sleepover’ premieres April 3 on NBC. Watch a preview for the show below!

RELATED STORY: ‘The Challenge: All Stars’ Begins Streaming Next Month: See the Lineup of OG Competitors & Watch the First Trailer