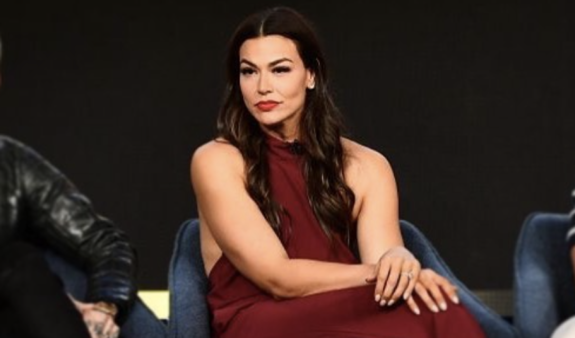 (**A note from The Ashley: This article features a detailed recount from someone who has struggled with an eating disorder, which may be challenging for some readers.**)

As Erica Lugo was training contestants to lose weight and live healthier on The Biggest Loser, she herself “was sick” and struggling with issues from her past eating disorder.

The trainer, who joined the show’s reboot in 2020 along with fellow trainer Steve Cook, revealed on Instagram this week that when viewers saw her on TV, she was sick and “mentally and emotionally miserable.”

The fitness coach brought a unique perspective to the show’s training process, having previously lost 160 pounds, though she said during filming her “body was going down the wrong path, even though it was celebrated for being ‘small.’”

“I did everything in my power to remain ‘tiny’ I restricted food, I thought about binging and purging and to be completely honest I did, YEARS AGO,” she revealed. “I would sit in the bathroom while filming and cry. Cry for hours bc the eating disorder thoughts kept telling me ‘just purge, it’ll help keep you thin.’”

Erica said while she never did purge, thoughts from her past “came rushing back.” The trainer’s eating disorder, People reports, began years earlier, after she had lost 160 pounds through healthy diet and exercise. Though Erica sought help after six months and had made improvements, filming ‘The Biggest Loser’ along with spending time at home during the pandemic caused a lot of things to resurface.

“I had felt pressure while filming,” she said. “Not from anyone but myself. I wanted to break the ‘trainer’ mold of having to fit into a certain size. Having to be thin with a 6-pack. I was happy to show young girls that you can be strong, thick, curvy and a badass. But the old mentality and eating disorder thoughts came rushing back. I struggled with restriction, with wanting to always have a high caloric burn.”

Erica said she decided to share her struggle after receiving a rude comment on social media about her looking “big and not proportioned.”

“I’ve gained about 10ish lbs. since I was at my thinnest,” she shared in her post. “I’m not as ‘jacked’ as I once was. I have a little more jiggle. I’ve come a long way to accepting that my body may not be celebrated anymore for how ‘small’ I can become, but celebrating how strong I can be. Mentally, physically and emotionally.”

Instead of letting the social media comment get to her, she chose to reach out to others who may also be dealing with eating disorders.

“To the women (and men) who struggle in silence. I feel you,” she said. “I understand you. This world doesn’t understand internal struggles and it’s up to us to seek help to cope. There is a way out. There is help. You are stronger than your ED even when you feel you aren’t.”