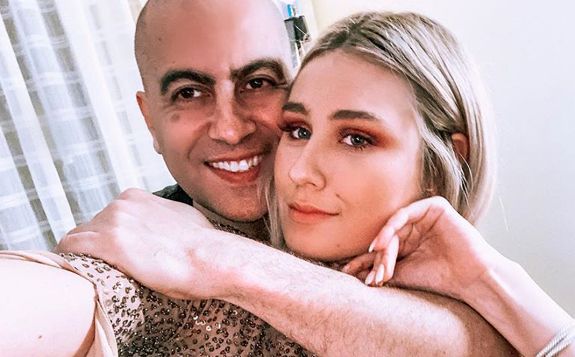 Siesta Key star Madisson Hausburg is reflecting on the tragic loss of her son.

On Tuesday, Madisson revealed on social media that she suffered a stillbirth on December 12, giving birth to her and her husband Ish Soto‘s first child at 37 weeks into her pregnancy.

Madisson and Ish— who got married in October—received plenty of support from Madisson’s ‘Siesta Key’ cast mates and other MTV reality stars after announcing the news about their son, whom they named Elliot Angel Soto. When the couple announced that they were expecting, they stated that the baby’s due date was January 1, 2022.

“12/12/21 💔 Ish and I lost our son, Elliot Angel Soto, and I delivered him stillborn at 37 weeks,” Madisson wrote. “Instead of leaving the hospital with our beautiful baby boy, I was wheeled out with just this memory box. It’s true what they say about there being no greater love than a mother’s love. And there is no deeper pain than losing a child.

“Everyday I wake up to the agonizing reality that I will never again get to hold him or kiss him in this lifetime. I am completely and utterly heartbroken. I love you, I miss you, my perfect little Elliot.”

Ish— who met Madisson when he was a producer on ‘Siesta Key’— also posted about Elliot’s birth on Instagram.

“On 12/12/21 Madisson and I lost our son Elliot Angel Soto,” he wrote. “This was the hardest thing I’ve ever had to go through. The pain of losing a child and the agony of watching my beautiful wife suffer, will haunt me for the rest of my days. I take comfort in knowing that one day we will be united and until then I will carry you in my heart. I love you, baby Eli, my little champion.”

“I cannot put into words how sorry I am for you and Ish,” Floribama Shore star Nisla Prowant wrote in the post’s comment section. “I am sending you guys so much love and prayers. May God send a link of angels to wrap around you two during this tragic time.”