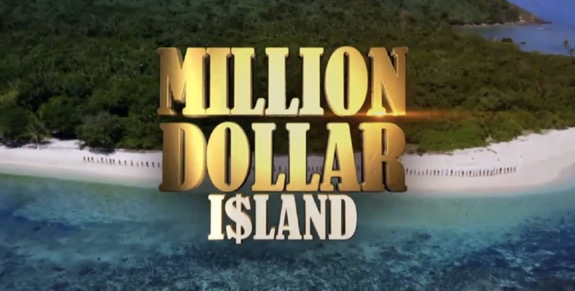 NBC has announced a new survival reality show that will put contestants through the ultimate adventure challenge while spending nearly two months on a deserted island.

According to The Hollywood Reporter, Million Dollar Island is being compared to CBS’ Survivor; however, NBC’s take will increase the typical 16 to 20 contestants to 100, and the competition duration from 39 days to 50. However, like ‘Survivor,’ ‘Million Dollar Island’ will award a prize of $1 million.

The 100 contestants vying for a piece of the money must build friendships and alliances while staying– and taking part in challenges– on the remote island for up to 50 days.

“Upon arrival, each contestant is given a bracelet worth $10,000,” the ‘Million Dollar Island’ description states. “During their time on the island, contestants gain and lose bracelets through various challenges, but when a player leaves the island, they must choose who will receive their portion of the money. In this intense competition, the strength of your personal bonds are just as important as being the ultimate player.”

The new show– based on a Dutch format that recently wrapped its first season in the Philippines– is being produced by Studio Lambert and Talpa.

Jenny Groom, Executive VP of Alternative Programming and Development of NBC, said the network is “excited to partner with a powerhouse team to being this fresh and bold social experiment” to NBC.

“This series is sure to entertain with ever-evolving alliances, trust, deceit and the ultimate will to survive,” she said.

“I’ve enjoyed great success with NBC on The Voice, so I’m delighted that they’ll provide the perfect U.S. home for this exciting new show,” added John de Mol, founder and chairman of Talpa.