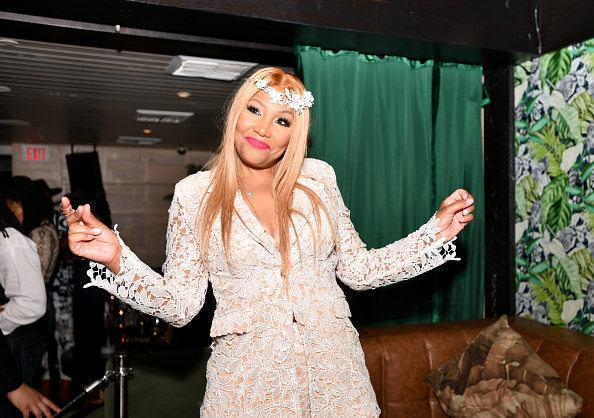 Traci— who was the younger sister of singer Toni Braxton— passed away on Saturday after privately battling with esophageal cancer for the last year. She was only 50.

TMZ broke the news of Traci’s death, with her husband of 25 years, Kevin Surratt, confirming it.

“We have come to a time where we must inform the public that after a year of privately undergoing a series of treatment for esophageal cancer our beloved Traci Braxton has gone on to glory,” Kevin told the site.

In addition to appearing on ‘Braxton Family Values’ with her sisters and mom, Evelyn, Traci also appeared in several movies, recorded a solo single that went to No. 16 on the Billboard charts and recorded with her sisters, Toni, Towanda and Trina.

Toni released a statement from the Braxton Family on Instagram on Saturday.

“It is with the utmost regret that we inform you of the passing of our sister, Traci,” she wrote in the caption of a photo featuring Traci and her sisters. “Needless to say, she was a bright light, a wonderful daughter, an amazing sister, a loving mother, wife, grandmother and a respected performer. We will miss her dearly.

“Traci passed this morning as the snow was falling, our angel is now a snowflake. We ask that you respect our privacy as we plan to send her home with love, celebrating her life. We are family forever. Love, The Braxton Family”

“Traci Braxton has been in the lives of TV viewers for years and will always be part of the WE tv family,” the statement reads. “Gone far too soon, we celebrate her life and memory and send our heartfelt condolences to the entire Braxton family during this difficult time. Her light and spirit live on.”

“When I heard the news about my mother being sick first thing she said was I’m going to fight and beat this,” he wrote. “She fought to the end and today she’s at peace. I love my mother forever and this hurts so much but I’m at peace knowing she’s isn’t in pain anymore. I love you ma I’m going to miss you.”

Traci was the third child born to Evelyn and Rev. Michael Braxton Sr. Toni, the oldest, was followed by the couple’s only son, Michael Jr. Traci came next, then Towanda, Trina and finally Tamar.

Traci had not shared her cancer battle publicly with fans. She had not posted to her Instagram account in over eight weeks.

You can watch Traci’s music video for her single “Last Call” below.